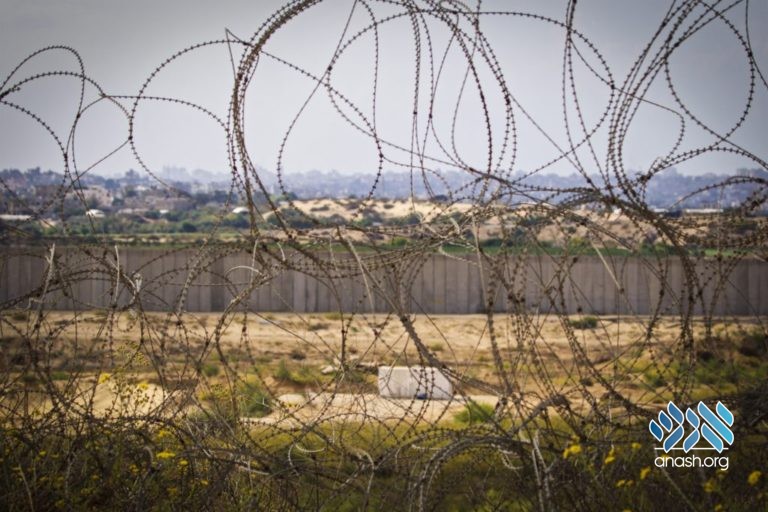 The IDF said that an attack helicopter and a tank were used to kill the terrorists as they approached the fence.

“A short while ago, IDF troops spotted armed suspects near the security fence around the northern Gaza Strip. An IDF attack helicopter and a tank fired at them,” the IDF said.

An IDF spokesperson said that, baruch Hashem, there were no reports of Israeli casualties.

The three armed men were reported to be members of both Hamas and the Islamic Jihad’s military wing, Saraya al-Quds.

The Hamas-linked Palestinian Information Center said the men were still on the Gaza side of the fence when they were killed, and that some of the bodies had been confiscated by Israel. The reports could not be confirmed.

The Izz ad-Din al-Qassam Brigades said that Israel later conducted artillery strikes on its positions east of Beit Lahia in northern Gaza, near where the terrorists had approached the border fence to try infiltrate Israel.

Tensions have risen in the south following several infiltrations along the Gaza border fence. Last Shabbos, a group of four heavily armed terrorists, carrying assault rifles, rocket-propelled grenade launchers and rations, attempted to infiltrate Israeli territory before they were spotted and shot dead by troops on the border. The next day, two more terrorists tried to break the border fence.

The Hamas terror group has sought to distance itself from these infiltrations, claiming they were carried out by angry young men.

Meanwhile, the London-based Al-Araby Al-Jadeed reports that Hamas has sent a message to Israel warning of the danger in retaliating for the rocket attacks.

According to the report, Hamas’s message, sent through third parties, included the following threat: “Either the commitment to relieve the siege on Gaza will be implemented, or there will be an escalation in terror activity.”