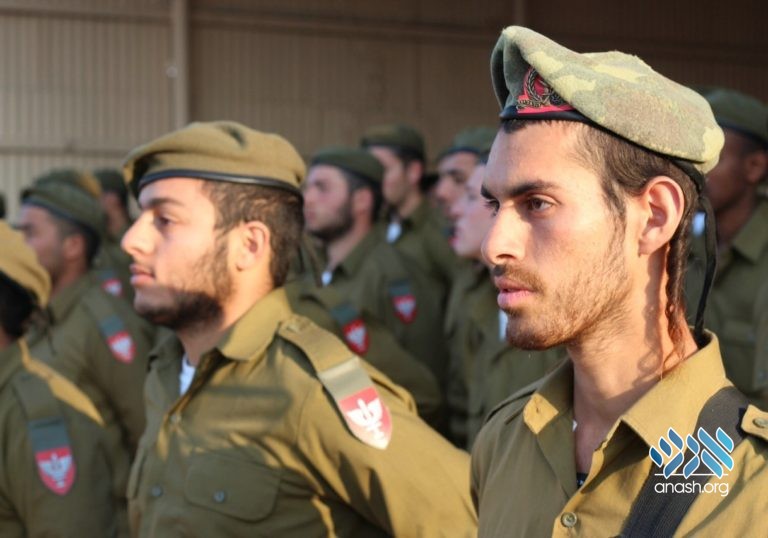 Veteran Israeli journalist Carmela Menashe supposedly dropped a bombshell Tuesday morning when she reported that the IDF had inflated the numbers of Chareidi recruits enlisting each year in order to meet prearranged government quotas. Menashe claimed that the IDF’s Haredi recruitment division allegedly “forged” the numbers by counting the religious (who are not ultra-Orthodox), and sometimes even secular, recruits in order to meet the needed criteria.

For example, in 2017 the official number of Haredi recruits (as reported by the IDF) stood at 3,070, only 130 fewer than the recruitment target of 3,200 set by the government in 2016.  In reality, however, only 1,300 soldiers were in fact ultra-Orthodox, less than double the reported figure. For other years similar figures emerged, demonstrating a pattern of padding the figures of Chareidi recruitment with pseudo-Chareidi and secular recruits.

Menashe may have thought she had a scoop and hurried to publish it, but in reality, this was one of the most poorly kept secrets in Israel, a fact well known both to the Chareidi leadership and to the IDF establishment. All the previous defense ministers, including Ehud Barak, Moshe Ya’alon and even Avigdor Liberman (who instigated the first election in 2019 over the details of the Draft Law), turned a blind eye to the phenomenon and for very good reason.

For all the shrill rhetoric in the Israeli media and the political exploitation of the Chareidi draft issue, both the IDF and the Chareidim are totally in agreement that its a bad idea to try and force Chareidi recruitment against the will of the community and its leaders. No benefit can ensure to the army from unwilling, unpatriotic and unprofessional soldiers making up the ranks. In most cases, the army will have to expend huge efforts to train them and their religious requirements are a hindrance to the IDF’s qualitative edge.

This is the reason for the tacit cooperation which has been going on behind the scenes regarding the Chareidi quotas. The IDF is happy to take soldiers from Chareidi homes but doesn’t really want bona fide Chareidim and certainly not Yeshiva students dragged away from their Gemaras. Thus the quotas have always included children who once studied in Chareidi frameworks or were loosely associated with the community. Many of the soldiers, even those in the Nahal Chareidi brigade no longer maintain a Chareidi lifestyle, and some are not even religious, but they count as Chareidim due to their background.

If all this is widely known, why then did Menashe raise the issue now? The answer may lie in the present political stalemate in Israel, with possible third elections on the horizon. Menashe, as well as other journalists, are looking for a new way to rally the secular masses since the relentless vitriolic attacks on Prime Minister Netanyahu have only served to engender more public sympathy for him.

The issue of draft deferments has always been touchy for the majority of Israelis who serve three years in the army and the minority who continue to do reserve duty for a month every year. If they feel that the government and not the IDF has been caving in to Chareidi parties by intentionally inflating the numbers of recruits, it could be influential in what looks like yet another election to be held in Israel in the coming months.