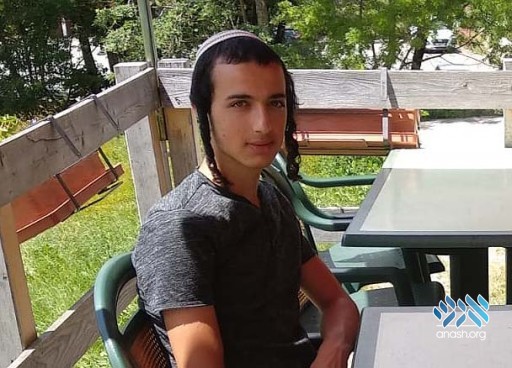 An IDF hesder soldier from the Binyamin Regional Council area of Shomron, was R”L stabbed to death.

The message released by the IDF Spokesman’s Office read: “During the predawn hours the body of an IDF soldier was found with stab wounds near a yishuv in the Gush Etzion district. The soldier is currently in the learning track in yeshiva. IDF forces with the ISA (Israel Security Agency/Shin Bet) and Israel police are at the scene and searching the area”.

IDF Spokesman Brigadier-General Ronen Manelis adds that the military was alerted by the soldier’s family late at night when they were unable to get in touch with him. Forces were activated in the Gush Etzion and a search began. The body of a young man was found at about 2:30 am-3:00 am near the entrance to Migdal Ohz. He was pronounced dead at the scene and the body exhibited multiple stab wounds.

The IDF is probing if the murder may have been the result of a botched kidnapping.

Neighbors from Yishuv Ofra where Dvir lived, state that he and his entire family (parents Yoav and Rochel) are big lovers of Eretz Yisrael as well as others. They embrace the land and are always cordial to others. They are a well-known family in the Binyamin Council of Shomron where Ofra is located.

Dvir had traveled to Yerushalayim where he purchased seforim to give out to his rabbonim and close friends, a going-away gift as he was preparing for his induction into the IDF. While officially classified as a soldier, the 19-year-old was completing his last months of limud haTorah before entering the next phase of his hesder service, and he was nearing his months of army service, which are followed by additional years of limud haTorah.

At the time of the attack, he was not in uniform. He was returning from Jerusalem, heading to his yeshiva.

When he did not return to yeshiva on time, talmidim from yeshiva phoned his home, speaking with family members and explained he left yeshiva and they believed he was heading home. At 8:00 PM, the parents were still unable to reach him and at that time they phoned military officials and the system was activated, beginning the search for the missing talmid/soldier. The body was found close to 3:00 AM on the road between Efrat and Kibbutz Migdal Ohz, near the kibbutz, exhibiting signs of stab wounds, which officials quickly understood was the result of a terrorist attack, and most likely, a botched kidnapping.

The manhunt for the terrorist(s) is ongoing in addition to intelligence officials contacting their informants and using other means to apprehend the murderers.

Rav Shlomo Vilk, the Rosh Yeshiva, told Galei Tzahal (Army Radio) in a Thursday morning interview that Dvir went to buy seforim for the rabbonim and others and he was on his way back when the attack occurred. “His body was found embracing the seforim” he added.

This is the second tragedy, R”L, to strike the family. Sorek was a grandson of Rav Binyamin Herling, HY”D, the father of Mrs. Racheli Sorek, and he was murdered in October 2000 in a terrorist shooting attack near Shechem.

Rabbi Binyamin Herling, 64, of Kedumim, was killed when Fatah terrorists and PA security forces opened fire on a group of Israeli men, women, and children on a trip at Mount Eval near Shechem. Four others were wounded during an intensive gun battle that followed.

Herling moved to Kedumim with his wife Bracha from Kfar Haroeh in 1981. He headed Kollel Birkat Yosef in Elon Moreh.

The young victim had recently returned with his family from a trip to Switzerland and next week, he was planning to celebrate his 19th birthday. An older brother, who was in Italy, was informed of the tragedy and is on his way home.

Prime Minister Binyamin Netanyahu released the following statement following the attack. “This morning we were informed about a harsh stabbing attack. The security forces are currently in pursuit to apprehend the abhorrent terrorist and bring him to justice.

On behalf of myself and the government, I send condolences to the family.”

With elections for the 22nd Knesset only a short time away, set for September 17, 2019, the entire political spectrum has commented on the heinous murder, with the opposition blaming the government and PM Netanyahu and the right-wing expressing outrage.

The levaya will take place at 8:00PM in the cemetery in Ofra.