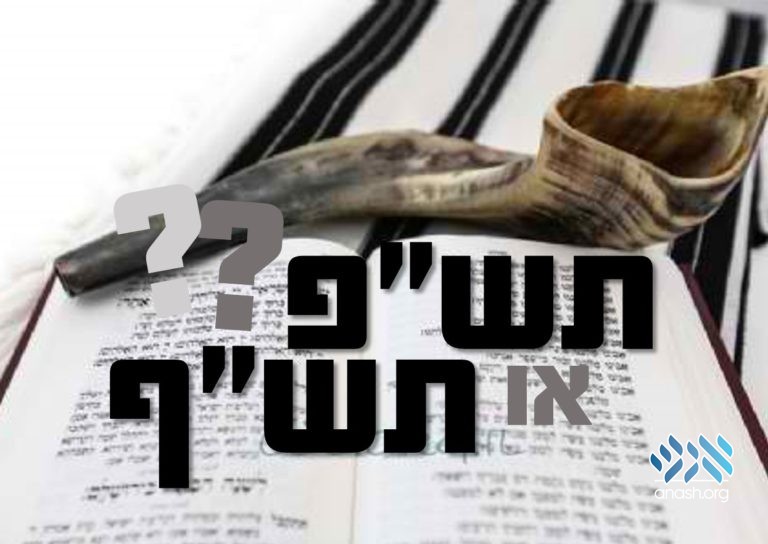 The new year is upon us, and with it comes an interesting dilemma. Do we write תש”פ or תש”ף (since it’s the last letter in a word)?

Well, you may ask: Why would it matter? So listen to this.

In a letter to Rabbi Shimon Glitzenshtein of Yeshivas Toras Emes in Yerushalayim, the Rebbe writes that the correct way to write it, following the conduct of Gedolei Yisroel throughput the generations, which is with the small letter (in our case פ, not ף).

In the letter, dated 6 Tammuz, 5719, before the year 5720 – Tof Shin Chof, the Rebbe writes that while he hadn’t heard an explicit directive (from the Frierdiker Rebbe), based on the minhag yisroel from time immemorial – and minhag yisroel is itself Torah – all the halacha seforim such as the Tur, the Shulchan Aruch and their commentaries, whenever they write the letters of the simonim (chapters) in their seforim, they use the small letter, despite the fact that the end letters should be used in a grammatical sense. All this is with no exception.

The fact that this was done in such seforim, writes the Rebbe, is proof of what we should do, since in the earlier centuries seforim were published by talmidei chachomim (Torah scholars) and only after they received haskamos (approbations) from the great Rabbonim of those times. “This custom was followed across the Jewish world as far as I can tell,” the Rebbe writes.

The Rebbe then notes several sources in shas, as well as to the Likutei Torah of the AriZal.