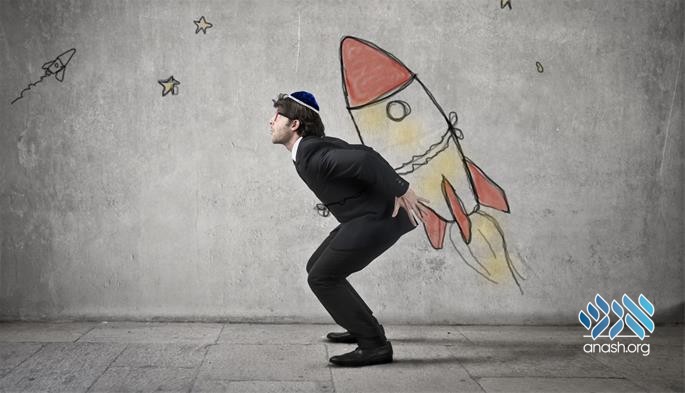 Space travel presents its own unique challenges to the Jewish astronaut: How can one procure kosher space food, as well as all the other necessities of Jewish life? How does one face Yerushalayim when praying in orbit?

However, the greatest challenge of all is determining the Jewish date and time. This is crucial since many mitzvahs are performed on a specific day of the week or year (e.g., Shabbat and holidays). There are also mitzvahs that can only be done during specific times of the day (the daily prayers, tefillin, etc.). So what is a Jew to do in outer space, where there is no sunrise and sunset?

The Simple Approach: Why Not Just Count Sunrises?

Some have suggested that if a space vessel is orbiting the earth, its passengers should count each “observable” sunrise as a new day. The problem is that each orbit is about 90 minutes long, so that makes for 16 days [(24*60)/90=16] in the span of only 24 hours.

Due to its impracticality (imagine putting on and taking off tefillin and praying the three daily prayers every 90 minutes, and celebrating Shabbat twice in 24 hours!) and other reasons, this view has been mostly rejected.

For similar reasons, most rabbis reject the notion that astronauts should observe time-bound mitzvahs according to the time on the part of Earth that the spaceship is flying closest to.

So what are Jewish space travelers to do? Let us begin by taking a trip to the desert and then the frigid polar regions before blasting off to space.

Lost in the Desert: The Personal Shabbat

According to the Talmud, if one is traveling in the desert and loses track of the days, he should count six days and observe the seventh day as Shabbat. Yet, since the other six days may technically be Shabbat, he should still desist from performing any work forbidden on Shabbat that is not necessary for his survival.

Shabbat in the Arctic: The First Frontier

What about one who travels close to the Poles, where the sun does not set at the height of the summer and does not rise in the depth of the winter? Without these signposts, what separates one day from the other? Taking a cue from the Talmud’s case of a person lost in the desert, Rabbi Yaakov Emden (Yaavetz, 1697–1776) rules that one should count six days consisting of twenty-four hours and celebrate Shabbat on the seventh.

Others, notably Rabbi Yisroel Lifshitz (Tiferet Yisrael, 1782–1860), point out that there is a difference. The desert wanderer has completely lost track of the days and doesn’t even know which day he started his journey, so he has no choice but to begin a new count. In the case of the Arctic, however, if the person has a watch and a calendar, he can easily calculate the current date and time at the point of his departure (where the sun is still rising and setting regularly), and he should follow the times of that place.6

The Lubavitcher Rebbe was of the opinion that one should count 24 hours on a clock, 12 hours day and 12 hours night, similar to the Tiferet Yisrael, but if there is a longitude at that location (i.e. not on the actual poles), one’s day of 24 hours should align with those on the same longitude.

In 2003, before IAF pilot Ilan Ramon was set to join the space shuttle Columbia as the first Israeli astronaut in outer space, he stated that he saw himself as a representative of the entire Jewish people and wanted to do everything in space as Jewishly as possible—including keeping Shabbat.

This was the first time the theoretical question of the Jewish space traveler had practical implications. The local Chabad rabbi consulted with a number of leading rabbinical experts, and the consensus was to follow the ruling the Tiferet Yisrael regarding Arctic travel: Ramon should observe Shabbat and other time-related mitzvahs based on the time at his point of departure (Cape Canaveral, Florida).

Tragically, the Columbia fell apart during its re-entry, and all of its crew perished. In the wake of the tragedy and the heightened awareness of Shabbat that surrounded Ilan’s mission, many Jews began to strengthen their own Shabbat observance. After all, our sages tell us that in the merit of the Jewish people keeping even one Shabbat, the Moshiach and the ultimate redemption will arrive. May it be speedily in our days!