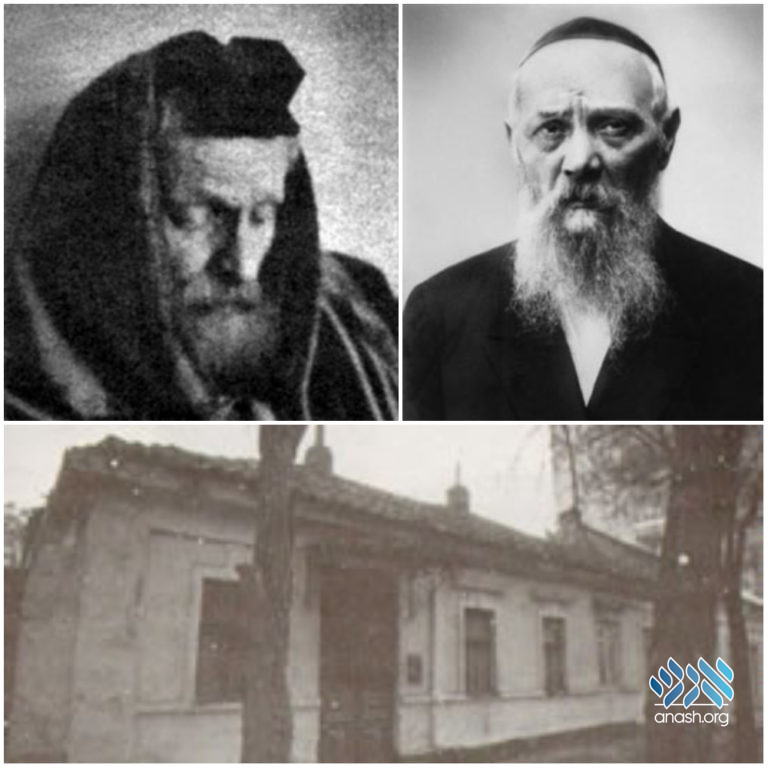 During a Typhus epidemic in Russia, Rabbi Meir Shlomo Yanovsky contracted typhus and was ordered to be quarantined. It was his friend’s learning of Tanya that gave him the strength and hope to overcome the terrible illness.

How contemplating G-d will pull you out of despair.

One of the worst diseases during the time of the war in Russia was Typhus. Thousands of people were sickened by this terrible disease and being that there was no known cure, many died.

Typhus was also an incredibly contagious disease and people who had contracted the disease were forced to be quarantined.

The mere fact that many people found themselves in such solitary confinement, led to the loss of hope in many people that had been quarantined.

The Rebbe’s grandfather, Rabbi Meir Shlomo Yanovsky, the Rov of Nikolayev, contracted typhus and he too was ordered to be quarantined.

When Reb Osher (Reb Osher Grossman was the local shochet and was entrusted by the Rebbe Rashab to print Tanyas) heard about this, he came to the place where Reb Meir Shlomo was being quarantined. The authorities did not allow Reb Osher to enter and he had no choice but to remain outside.

When Reb Osher realized that he would not be able to see his friend, he took a Tanya and came as close to the place where Reb Meir Shlomo was lying down and opened to Iggeres Hakodesh, Siman Yud Aleph. He started reading out loud the words “להשכילך בינה”, hoping that the words would reach the ears of Reb Meir Shlomo.

As he pronounced each word, Reb Osher would loudly say what is explained in Tanya about all the afflictions of this world. He would expound that in truth, “no bad comes from above and everything is good”, it is merely that it is not revealed to us the good and bountiful kindness of Hashem.

Reb Osher continued in his loud voice, his words becoming more and more powerful and soaked in Emunah and Bitachon, until he finished the Iggeres.

Reb Osher had no idea if the words he had recited reached the ears of their intended recipient but he was sure that the holy words of Tanya were certainly not futile and found their way to wherever they were needed and indeed accomplished what needed to be accomplished.

A few weeks later, Reb Meir Shlomo made a full recovery. He was released from the quarantine and returned to his house and family.

Many years later on Chai Nissan 1902, in the middle of Pesach, there was bris in the house of Reb Meir Shlomo, the Rebbe’s bris.

Reb Meir Shlomo was upset and said to Reb Osher:

“The truth is, you deserve a proper reprimanding, how could you not rely on the Kashrus of the Mara D’Asra, but what can I do and how can I reprimand and scold you when you saved my life through bikur cholim and the reading of “להשכילך בינה”.