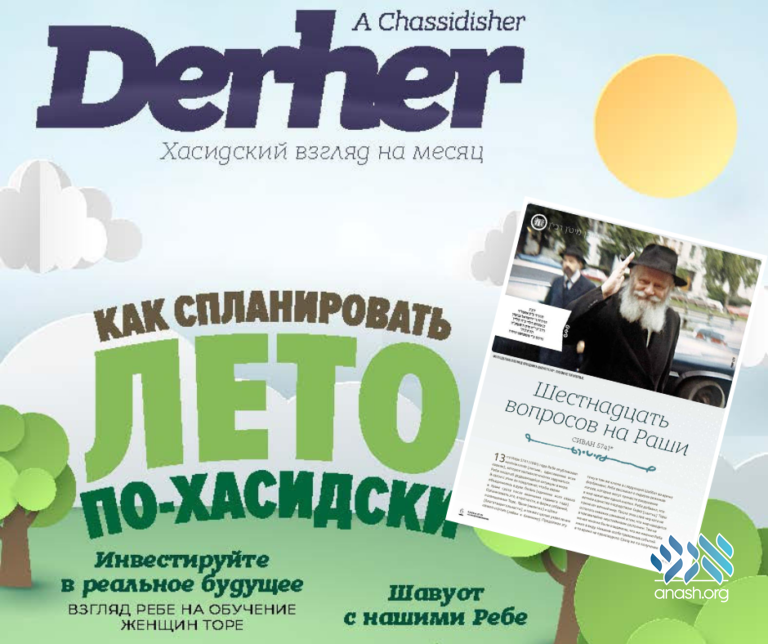 How do you say “Derher” in English?

The popular monthly magazine that goes by that name has yet to release the official translation of the word that has become synonymous with the most read and enjoyed internal Lubavitch periodical.

But now this question has been taken a step further:

How do you say “Derher” in Russian?

Thanks to the efforts of Russia’s chief rabbi and head shliach Rabbi Berel Lazar, as well as shliach Rabbi Asher Goodman, funded by businessman Mr. Yuda Davidov, this amazing tool of Chassidishe education and hiskashrus is now a reality.

“This brings us yet one step further in hafatzas hamaayanos, demonstrating yet again that we are ready for the geula,” says Rabbi Yossi Kamman, director of Derher publications. “The Rebbe often pointed to the fact that Chassidus is translated today into many foreign languages as a sign of the ma’ayanos of Chassidus touching the furthest reaches. How ironic is it that this new initiative brings the Torah and teachings of the Rebbe in the language of the country where all the Rabbeim and Chassidus were originally born!”

The Derher magazine is enjoyed by thousands of subscribers around the world. Join today and receive the Derher delivered to your home every month.