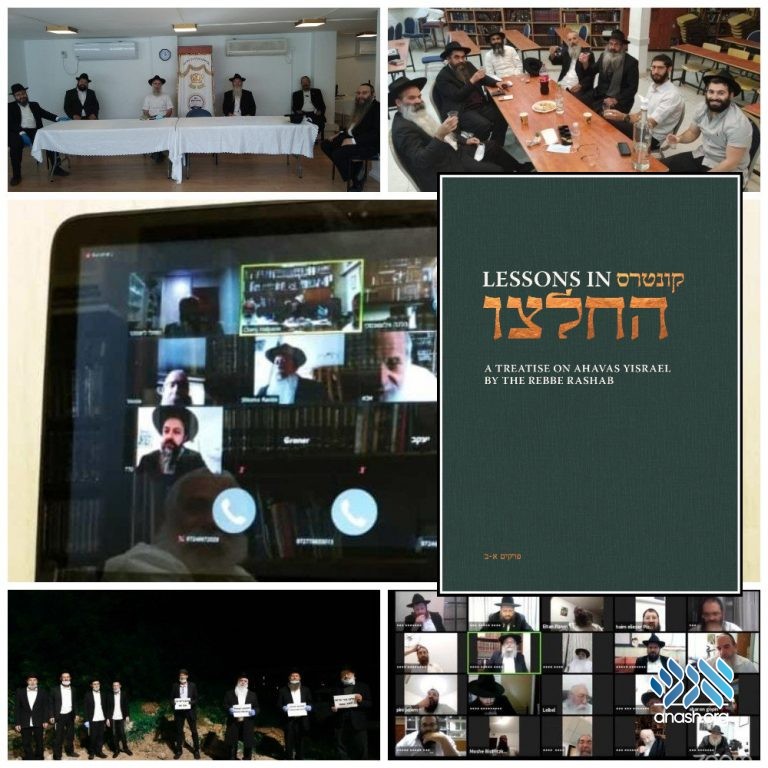 The spirit of unity has caught fire. But what does ‘Unity’ really mean? United around what? In the famous ma’amer Heichaltzu the Rebbe Rashab gives us the ultimate meaning and the tools to adopt it into our day to day lives. Download.

Join us on a journey through Heichaltzu. Redesigned in the acclaimed “Lessons in Maamarim” format, the key to true Achdus as the Rebbeim envisioned it is accessible to all.

Years later, the Rebbe Rayatz explained why his father delivered the maamar again. One of the participants in the farbrengen was one of the Rebbe’s relatives, a scholar of a selfless nature, but a person of a very firm character who looked down on the simple members of the chassidic brotherhood.

The Rebbe Rashab wanted him to hear this maamar that focuses on the need to eradicate disharmony and baseless hatred.

The Rebbe would frequently instruct chassidim to study the maamar and pay heed to its message. In 5748 (1987), he had the maamar reprinted and personally distributed it to thousands. In that same year, *Sichos in English* published a translation of the maamar in English that was guided by many instructive directives from the Rebbe.

We are living through very difficult times, and have lost many in the last few weeks R”L. BH a transformative spirit of  unity in our community has caught fire.

But like many other words, ‘UNITY’ means different things to different people. United around what? About what? How do I define Ahavas Yisroel and CH”V its opposite?

As always, Chassidus illuminates the idea, giving us the true and ultimate meaning and the tools to adopt it into our day to day lives.

It is for this intention that SIE is redesigning the maamar in the format of the acclaimed *Lessons in Maamarim* format, and republishing it. We will be distributing it Bezh in installments over the coming weeks and months.

It is our hope that study of this maamar will inspire its readers to _“all become one fellowship, to do Your will with a perfect heart,”_ and in that way usher in the age when _”there will be neither famine nor war, neither envy nor competition, ‘for the world will be filled with the knowledge of G-d as the waters cover the ocean bed_.’’