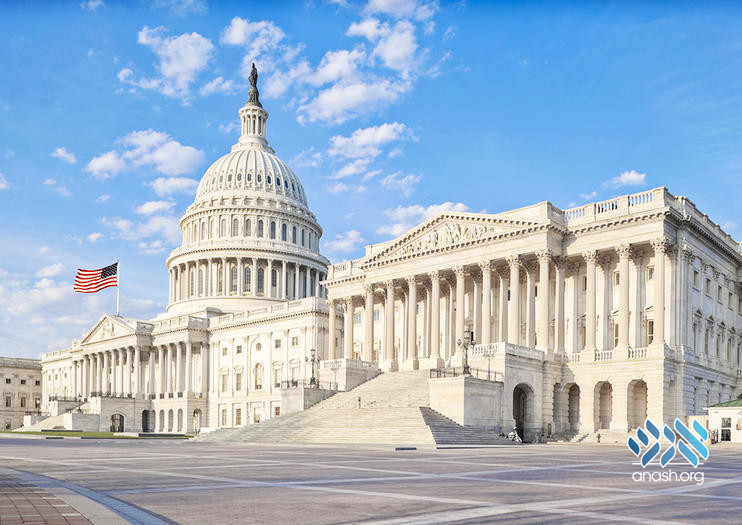 Among those who voted against it, 16 of them were Democrats while the lone Republican was Kentucky Rep. Thomas Massie.

Some of those progressives on Capitol Hill called on House Democratic leadership not to bring up the resolution for a vote.

“The BDS movement is anti-Semitism by another name because it denies the right of the Jewish people to self-determination in their homeland,” said the RJC in a statement. “Today, the American people’s voices have been heard as our elected leaders in Congress asserted that the BDS movement has no place in these United States.”

“Shamefully, 16 Democrats and one Republican, Thomas Massie, voted against H.Res. 246, embracing the anti-Israel and anti-Semitic elements of the Democratic Party’s left-wing base,” they continued. “Make no mistake, anti-Zionism, especially in the Democratic Party, goes beyond four freshman members; today, an additional 13 anti-Zionists were exposed.”

“At its core, the BDS movement does not aim to effect political change, but to undermine and deny Israel’s right to exist,” said Conference of Presidents of Major Jewish Organizations chairman Arthur Stark, and executive vice chairman and CEO Malcolm Hoenlein. “Its leaders have called for the end of the Jewish state in any borders, and its demands, if accepted, would ultimately end the State of Israel. The pernicious campaign also diminishes the possibility of a lasting peace negotiated directly between the parties, placing the entire onus on Israel, while exempting Palestinian leadership from making any tough choices, including internal reform, ending corruption, stopping support of terrorism, etc.”

“Congress has taken a strong stand in support of Israel’s right to exist in safety and the Jewish people’s right to self-determination,” they continued. “The BDS and alleged efforts, often tied directly and indirectly to terrorist entities, has targeted Jewish and non-Jewish student supporters of Israel, often with violence and physical harassment. Congress’ strong message today will encourage them and support all who are advancing true peace in the region and understanding at home.”