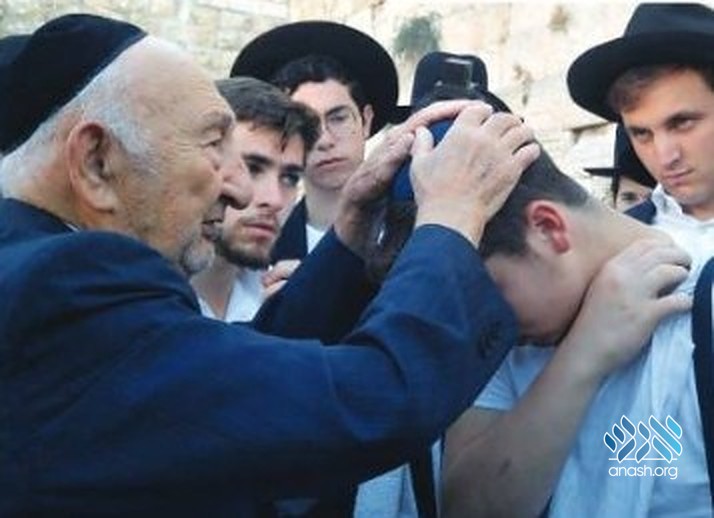 Mr. Shmuel Beller, a 92 year old holocaust survivor, shared his story of loss and survival at the Kosel last week. Originally from Oshpizin, Poland, Mr. Beller was the only member of his family to survive the holocaust. He spent World War II, which broke out when he was 12, in the ghetto and later at Auschwitz.

Following the liberation of the camps, Mr. Beller was hospitalized for 3 months. By that time, he had given up Yiddishkeit. Soon after, however, he met the Klausenberger Rebbe who helped him find his way back to Yiddishkeit.

After Mr. Beller shared his story, some boys who were present asked him to bless them, which he proceeded to do.