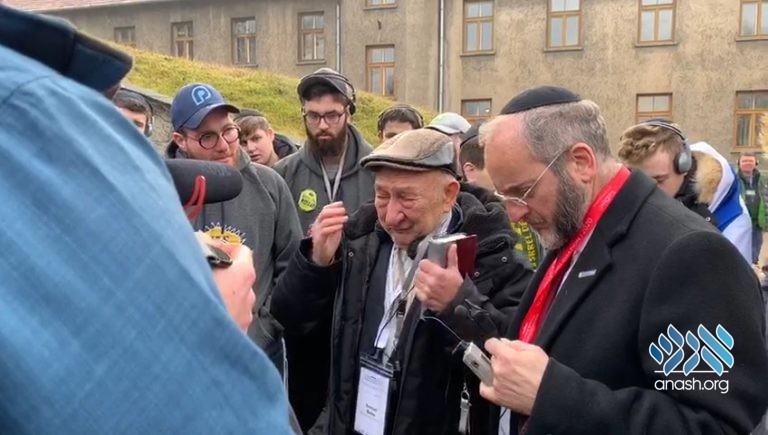 Amid an emotional address to yeshiva boys at the site of Auschwitz’s horrors, Rabbi Shmuel Beller, 92, railed against the former president’s failure to save precious Jewish lives.

In a moving scene at Auschwitz, an English-speaking Holocaust survivor told his story, surrounded by a group of 25 boys from Ateres Shimon from Far Rockaway.

Rabbi Shmuel Beller, 92, grew up in the Polish town of Oświęcim which later became the most notorious concentration camp associated with the Holocaust – Auschwitz.

In a voice choked with the tears that streamed down his face, R’ Beller screamed, “Unbelievable what the murderers, these Germans Yemach Shemam did! Where was Roosevelt, President Roosevelt Yemach Shemo?! He could have saved a lot of Jews!”