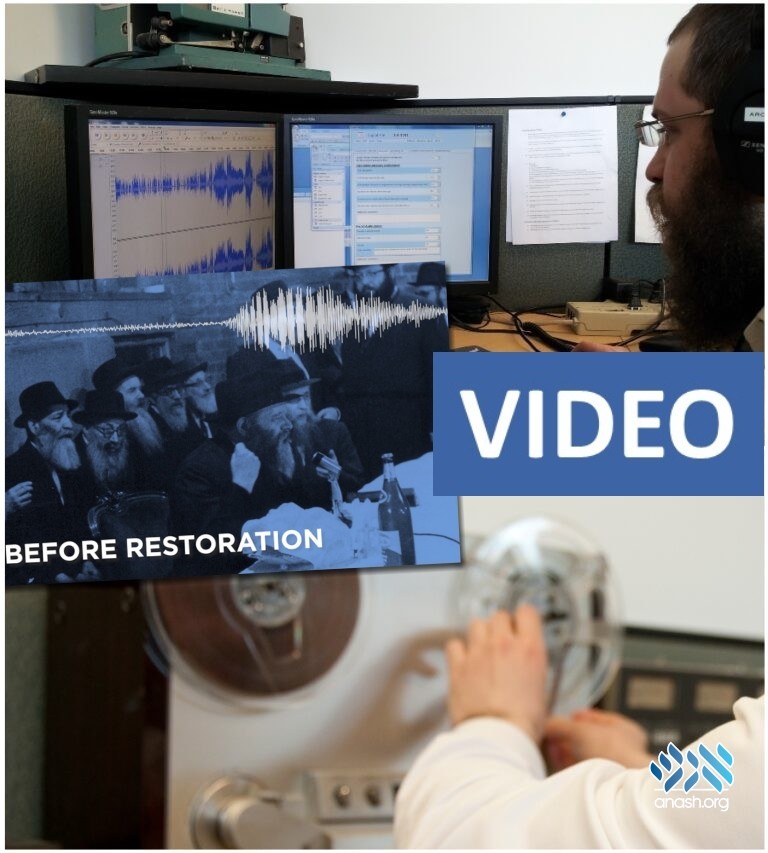 JEM’s Ashreinu App will begin the enormous undertaking of restoring all the farbrengens of the first two decades of the Rebbe’s nesius, a total of 46 farbrengens.

The answer to these questions of course, can be found by delving into the Rebbe’s torah. With much of history repeating itself, and newer events echoing those of the past, the Rebbe’s eternal message offers the guidance and inspiration needed for these trying times.

Yet reading from the sefer or text can not compare to hearing the original as it was voiced by the Rebbe. Only by listening to the sicha and the nuanced tone of its delivery can one truly relive it.

In an effort to make these precious recordings accessible, JEM has dedicated themselves to restoring and preserving the entire recorded works of the Rebbe. Members have spent countless hours collecting and carefully examining every known audio and video file available. Utilizing advanced audio recognition programs, farbrengens and sichos which were once woefully inaudible have been given new life. Many farbrengens only existed piecemeal from numerous tapes and recordings. Others had to be painstakingly extracted from old tapes or VHS.

As this revolutionary undertaking continued, JEM launched the Ashreinu App. Thanks to the app, the refurbished sichos are now literally at your fingertips. Beyond merely presenting the audio, Ashreinu divides each farbrengen into sicha, maamar and niggun segments, allowing one to choose exactly which part of the farbrengen he would like to hear. In addition, before every Yoma D’pagra a playlist is created, presenting snippets of sichos and niggunim relevant to that special day.

Unfortunately, there are still dozens of recordings waiting to be repaired. Yet rather than wait on a more gradual process, the team at JEM and Ashreinu have decided to launch an operation of epic proportions and restore the entire first two decades of the Rebbe’s nesius. A total of 46 farbrengens remain, and the hope is to have them completed in the near future.

To help recover these treasures, Ashreinu has begun a fundraising campaign to help expedite the process. The cost of restoration is $950 per farbrengen. Generous donors have already pledged to cover half that amount.

Ashreinu is now turning to the thousands who have benefited from the app and the site. Help them reach their goal of bringing the Rebbe’s timeless words to new audiences, enabling those sichos, needed now more than ever, to be heard loud and clear.

To contribute to the campaign, please visit restore.ashreinu.app