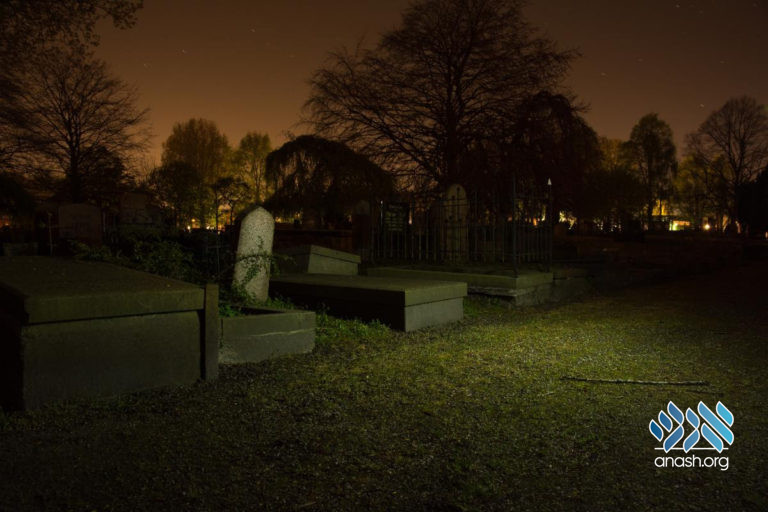 In a small village long ago lived a poor chosid and his neighbor, a wealthy non-chosid. The chosid’s general cheeriness grated on his more rigid neighbor. Their differences were most apparent during Sukkos.

Although Sukkos is the Festival of Joy, the neighbor and his family-focused all their concentration on the details and routines, without allowing the joy of yom tov to “ruin” their experience. The chosid and his family, on the other hand, spent hours in their sukkah, saying l’chaim and singing joyful nigunim, frequently breaking into spontaneous dance. Of course, they paid attention to the details and rituals, too, but even these were permeated with the joy of yom tov.

Fed up, one year the neighbor decided to put an end to the nuisance next door. He knew that the chosid waited to build his sukkah until the last moment, so he could collect leftover boards from everyone else in town. Using his influence as rosh hakahal, the wealthy man forbade anyone in town from sharing materials with the chosid.

The first night of Sukkos arrived and the wealthy man prepared himself for the quiet and focused yom tov he had always wanted. But his delight was soon shattered by the sound of joyful melodies floating out of his neighbor’s sukkah.

He rushed through his meal before bursting angrily into the chosid’s sukkah. “Who gave you the wood to build your sukkah?!” he demanded. Looking around he noticed the two Hebrew letters “Pei” and “Nun” on each board (an acronym for ‘here lies’ in Hebrew) and he understood immediately: Seeing no alternative, the chosid had collected discarded temporary wooden grave-markers from the local cemetery and used them for his sukkah.

The chosid invited him to sit down.

“Seeing that no one was willing to help me with my sukkah,” he explained, “I went to the outskirts of town hoping to find something I could use. Near the cometary, I met none other than the malach hamaves himself, hobbling along with a coffin on his shoulder. ‘What brings you to town?’ I asked him, and he told me he was actually on his way to pick up you, my neighbor. ‘Dear malach’ I told him, ‘don’t waste your time on erev yom tov. There’s no need to take his life; he’s already lifeless.’ The malach thanked me for saving him a job and asked what he could do for me in return. I suggested that since now he had no need for the coffin, perhaps I could use it for my sukkah!”

The wealthy man understood the message.

One can only imagine the joyful farbrengen they shared that night.

Chai Elul is the birthday of the Baal Shem Tov and the Alter Rebbe. It’s no coincidence that they both entered this world on a day called chai, life. The achievement of Chassidus is best described as life, or vitality and vibrancy.

What is life? It’s the fusion of body and soul.

When a person is alive and healthy, their organs and limbs function smoothly. If a person is, G-d forbid, not well, their body feels heavy and their movements are sluggish.

Spiritually speaking, Torah and mitzvos are the body of Yiddishkeit. Our neshama needs to express itself in accordance with that, for a bodiless soul is groundless and unproductive.

It’s possible, however, for this to be done on a behavioral level, without involving our inner selves and lacking soul. Of this we must also be cautious, for a soulless body is dull; every act becomes a burden.

Chassidus didn’t come to innovate anything in Yiddishkeit, but it does invigorate everything. Moshiach told the Baal Shem Tov that he will come when the teachings of Chassidus are spread far and wide. Let’s do it!