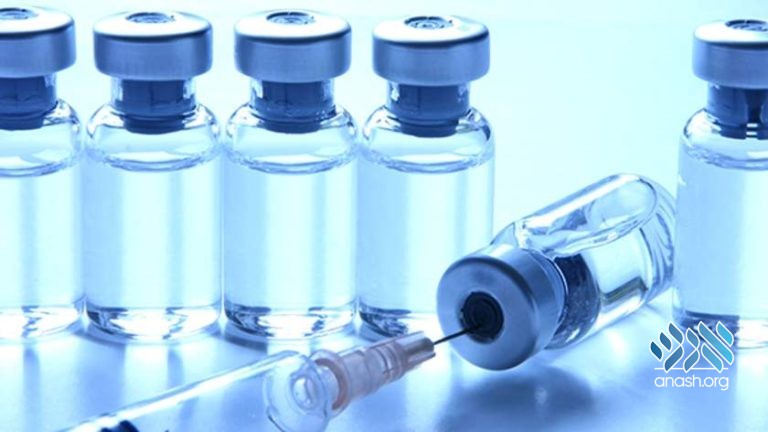 Moishy was just eight years old when he was diagnosed with type I or juvenile diabetes. Our little trooper took it all in stride— the fluctuations in his blood sugar, the insulin shots, and multiple daily pricks— with spunk and an upbeat attitude. We cheered Moishy on as he took charge of his condition from an early age, not allowing his diabetes to prevent him from leading a full and active life.

Moishy was eventually outfitted with a pump that delivered a steady dose of insulin and could be adjusted before meals. He always kept a spare vial of insulin with him just in case of emergencies. He checked his blood sugar both at home and in yeshivah, taking a bolus insulin shot before a large meal or whenever he needed it.

Since Moishy was exceptionally mature, we trusted him implicitly to inform us if he felt unwell or if anything seemed off. Our doctor supported this approach, explaining that it is healthiest for a child, if possible, to take responsibility for his or her own health.

The summer Moishy turned 14, he expressed an interest in attending a traveling camp that would be taking campers to scenic locations in New England, including New Hampshire and Vermont. The ten-day camp was around the cost of four weeks in a standard camp in the Catskills, and many of his friends were going, which clinched the deal. Of course, we discussed it with his endocrinologist, who gave Moishy the go-ahead.

Two days before Moishy left, when he was all packed, I got a case of the jitters. Perhaps I was being too hasty, allowing such a young boy with diabetes to travel far from home. What if his blood sugar suddenly spiked? What if he used up his insulin? The what-ifs kept me awake at night, and I called the doctor once more to discuss my fears.

“Don’t worry about Moshe, Mrs. Green,” he assured me. “Your son is a very responsible boy and he knows how to take care of himself. Just make sure the supervisors on the trip are fully aware of his condition.”

I had already briefed the two counselors, but I called them again to remind them that Moishy was insulin-dependent and that even with the pump, he needed his insulin close by at all times. They both reassured me that they were on top of the situation and that I needn’t worry.

Still, as a Yiddishe mama, I was a bundle of nerves as I sent Moishy off with an oversized suitcase, plus a backpack with his insulin pump, test strips and tester, Humalog and NovoLog KwikPens, and a spare vial of insulin just in case. I reminded Moishy a hundred times never to forget his insulin and to call home immediately in case of an emergency.

“Don’t worry, Ma,” said my confident son. “I have it all under control.”

The trip began with a whirlwind drive north. The boys spent a beautiful Shabbos in Boston at the homes of local hosts and left on Sunday morning for the three-hour drive to Vermont. They planned to hike up Camel’s Hump, the second-highest mountain in the state. This was a strenuous late-afternoon hike, after which they would camp on the summit overnight and descend the following day.

Before setting out on the trip, the boys enjoyed a hearty meal of bagels, cream cheese and lox, fortified by iced coffee. Although normally Moishy didn’t eat bagels since they had a very high glycemic index and would make his blood sugar spike, he was unusually hungry. He also figured that the exertion of the hike would neutralize his blood sugar. Naturally, his pump would deliver regular infusions of insulin as he needed it.

The boys began to hike up the mountain, singing and in high spirits. It was a steep uphill climb, and the temperature was pushing 90 degrees. They guzzled bottles of ice-cold water as they forged uphill, heading for the prize, the scenic view at the summit.

Three-quarters of the way up the mountain, Moishy began to feel nauseous and dizzy. These were sure signs his sugar was spiking. He continued hiking resolutely, not wanting to alarm the group. When they arrived at the summit and were marveling at the scenery, Moishy quickly checked his pump and was alarmed to see that the insulin supply was depleted. This meant he wasn’t getting regular insulin infusions to counteract the effects of the bagel.

Panicking, he grabbed the test kit from his knapsack to test his blood sugar. His fingers shook as he squeezed a drop of blood onto the test strip, entered it into the tester and waited anxiously for the results.

The machine read 340, a dangerously high number even for a diabetic. Apparently, the bagel he’d eaten earlier, without the benefit of the insulin in his pump, had caused his sugar to spike.

Moishy found it hard to breathe. He quickly searched for the spare bottle of insulin he kept in his backpack, but it wasn’t there.

He called out to the tour director. “Chesky? I can’t find my insulin.” “What do you mean, you can’t find your insulin? Where did you see it last?”

“Uh, I had one bottle in the refrigerator over Shabbos and the other in my knapsack. But I can’t find the one in my knapsack, and my blood sugar is over 300. Can you get the other vial from the food supplies?”

A quick check of the food boxes, which had been brought up the mountain earlier by a driver who had since left, turned up nothing. The insulin had been left in the refrigerator at the home of their Shabbos host, many miles away.

Now what? There was no cellphone service on the summit. Moishy checked his blood sugar again, hoping it was on the way down. To his distress, it read 380. He was in danger of going into diabetic shock if he didn’t receive insulin soon.

“I’m taking you down the mountain,” said Chesky. “We need to get insulin quickly.” He told Kobi, the second guide, to stay on the summit with the boys, make sure they ate dinner and keep them entertained.

“You’re making me stay here alone with 15 boys?” Kobi gulped. “I have no cellphone coverage. What if we meet a bear?”

“You’ll be just fine,” Chesky assured him. “I trust your judgment. Make sure to keep all the food hanging from the trees in case a hungry bear wants dinner. If you follow all the safety rules, you shouldn’t have an issue. I need to go down with Moishy.”

He left Kobi and the boys on the summit and began the long and dangerous trek down Camel’s Hump with Moishy in the darkness. By now, Moishy was feeling lightheaded and sick to his stomach, a symptom that meant his sugar was out of control.

The descent was a nightmare. Chesky and Moishy tried to feel their way down the trail in the pitch darkness, with only a flashlight to illuminate the path. They kept hearing sounds of wildlife, little feet scampering and all sorts of frightening growls and grunts. Moishy was terrified out of his wits, certain they would soon encounter a hungry bear.

Fortunately, after an hour, they found themselves in the small, quaint village of Richmond, Vermont. It was after 11 p.m., so they couldn’t just ask anyone for help, but at least they had cellphone service.

Moishy took Chesky’s phone and called my cell. I picked up on the second ring and could tell immediately from his voice that something was wrong.

“What did you say?” I asked, trying to keep calm. “Tell me what happened.” Moishy explained that he had misplaced one vial of insulin, and the other was back at their Shabbos lodgings, a two-hour drive away. By now his blood sugar had spiked to 400. There were no pharmacies open at this hour. Should they call an ambulance and head to the nearest emergency room?

“Wait a minute, Moishy. Don’t call an ambulance yet,” I said. “I don’t think it’s a good idea to go to a random E.R.” I knew the routine; they would take his information, let him cool his heels for an hour or so while they tried to contact his doctor, and eventually, they would figure out that he needed insulin. In the meantime, his sugar would keep spiking and he was liable to go into diabetic shock.

It was much safer simply to obtain a bottle of quick-acting insulin, which he could immediately inject into his system. But finding insulin in that hick town was next to impossible.

I had never felt so desperate or powerless. My worst nightmare, the fear that had been lurking in the darkest corner of my mind for years, was coming true. My young son was facing a medical emergency late at night without a pharmacy nearby.

Next came the self-recrimination. I should never have allowed him to go on the camping trip. What was I thinking? He was only 14, too young to be far from civilization with his condition.

But there was no time for a guilt trip. Instead, I needed to take action. At that moment, in the midst of my desperation, Hashem planted an idea in my mind. Perhaps there was a Chabad rabbi in the area who could pull some strings and help us get insulin quickly.

I googled the name of the town, searching for a Chabad rabbi in the vicinity of Richmond. And indeed, there was a rabbi not that far away. The Chabad website provided his number. I quickly dialed, though it was close to midnight, davening that he would pick up.

“I’m so sorry for waking you,” I said quickly, “but we’re dealing with an emergency. My son is in your area; he is with a traveling camp. He has type 1 diabetes and he left his insulin behind. By any chance, do you know anyone there who has insulin?”

I waited tensely for the rabbi’s response.

“Actually, there is someone in our community who has two children with type 1 diabetes. Let me call Alan and see if he can help. I’ll call you back in a few minutes.”

I tried calming Moishy down, urging him to be patient for just a few more minutes. The rabbi called back a few minutes later with the name and address of the family. “Tell your son and his counselor to head there now. Alan is waiting for them with insulin.”

Incredibly, the family lived only ten minutes away. Chesky called an Uber, and they were on their way.

Moishy finally received a vial of insulin around midnight, by which time his blood sugar was close to 500, an extremely dangerous number. Along with the life-saving insulin, he received a stern lecture from Alan for not making sure his insulin was with him at all times and for needlessly putting his life in danger.

The following day, Moishy had his regular insulin prescription filled, and he finished his camping experience without further adventure. But the emergency had a profound impact on him and on our entire family. The Healer of all mankind had prepared a vial of insulin for Moishy near a remote village at the foot of a mountain, with the help of a caring Chabad rabbi.