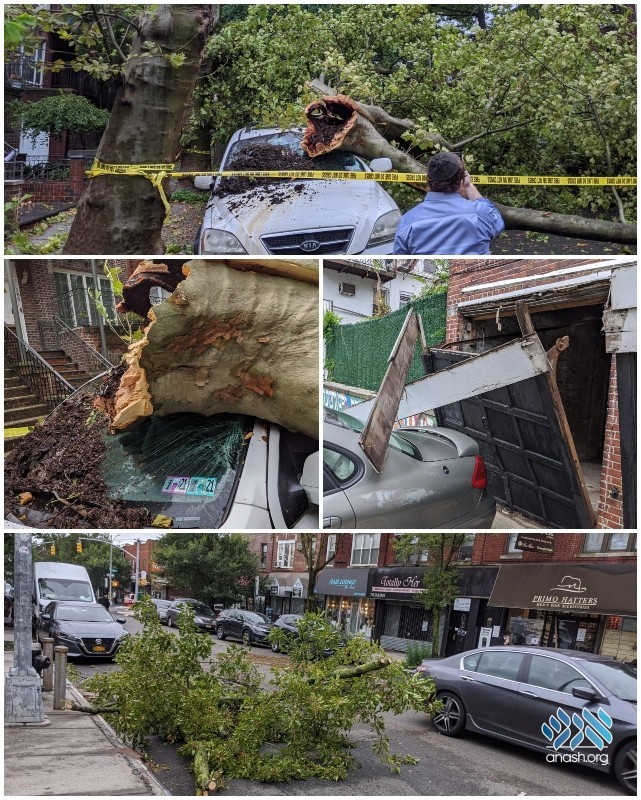 The heavy winds felled trees around Crown Heights, leading to damage to vehicles and streets being blocked off. Baruch Hashem, there has been no reports of injuries.

The National Weather Service reports that Isaias speed will increase as it heads into New England, including New York City and other larger New England cities Tuesday through the night, and the center is forecast to be in Canada by Wednesday morning. Very heavy rain and flash flooding, and damaging winds can be expected.