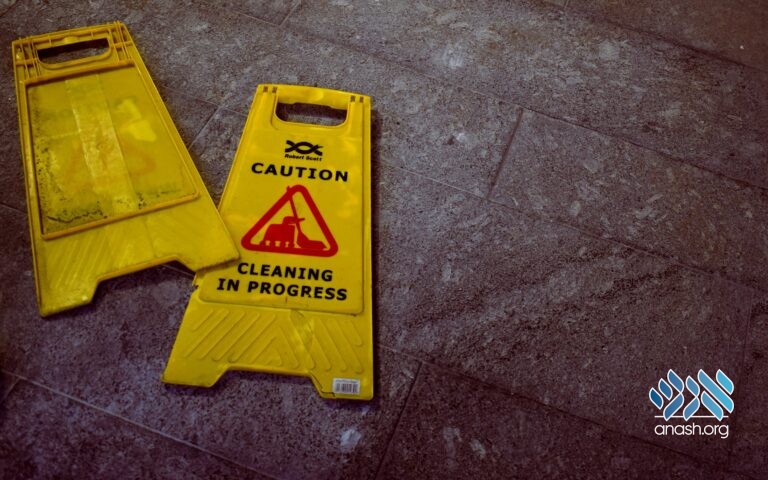 Motzei Shabbos Story: Before the man’s next trip, the Alter Rebbe told him. “You’re traveling to Konigsberg. Do you perhaps go to the theater there?”

There was once a poor but righteous man who lived on the road leading to Liozna. Every day, he would walk to Liozna, where he would teach Torah to some neighborhood children in exchange for a few pennies from their impoverished parents.

His wife further supplemented their income by baking pastries, which her husband would distribute to customers in town every day.

One winter’s night, the family lay sleeping. Suddenly, they were awakened by a knock on the door. Clutching a candle, the teacher hastened to open the door. There he found a man half frozen and covered in snow.

The wayfarer was quickly brought inside and given a steaming cup of tea to drink. After the stranger had warmed himself, the teacher took his sleeping children from their paillasse on the stove (which was the warmest place in the house) and bade the traveler to lie down and stretch his weary bones there.

Early the next morning, the stranger departed. The children, still groggy with sleep and stiff with cold, crept back onto the stove to finish their sleep.

Suddenly, a call rang out. “There’s something hard and lumpy in the bed!”

Upon further inspection, the teacher and his wife realized that the stranger had left a pouch with a significant sum of gold coins.

They waited a few days for the guest to claim his property, but he never returned.

Unsure of how to proceed, the man turned to the Alter Rebbe, who lived in Liozna at the time.

After hearing the man’s story, the Rebbe replied, “G‑d has sent you this treasure. No one will come to claim it, and it is rightfully yours. However, it is not wise for you to begin to spend lavishly, since people will suspect all kinds of things. Rather, keep your change of fortune a secret for now. Finish teaching your pupils this semester. When the session ends, come to me, and I’ll tell you what to do next.”

When the semester ended, the teacher came to the Alter Rebbe, who then advised him: “Rent yourself a house in town with a store. Use your coins to purchase some supplies from the local wholesaler and begin to sell them at a profit. After this succeeds, come back to me in a year, and I’ll advise you further.”

One year later, the erstwhile teacher reported: “Thank G‑d, business has prospered and we have been living quite well. In fact, we drew just a few coins from the treasure that we found in the stove.”

The Alter Rebbe then advised him to extend his business dealings, purchasing directly from the supplier in Vitebsk instead of the local wholesaler.

Another year passed, and the man reported that business had flourished even more and that he still had the vast majority of his coins to invest.

This time, the Alter Rebbe advised him to travel to Moscow, from whence the Vitebsk suppliers purchased their wares, and to sell his stock to merchants in Vitebsk and Liozna.

A year passed, and fortune continued to smile down upon him. The Alter Rebbe told him to travel to Konigsberg, which would allow him to sell even to the Moscow businessmen.

And so it was. The onetime poor teacher and pastry seller became a well-respected businessman with extensive dealings all across Russia.

Once, before departing on a business trip, the entrepreneur came to seek the blessing and advice of the Alter Rebbe. “You’re traveling to Konigsberg,” noted the Rebbe. “Perhaps you can bring back a gift for me.”

Honored that the Rebbe deigned to ask him for a gift, the man went to the finest shop in Konigsberg and purchased an expensive golden snuff box.

“This is a fine gift,” said the Alter Rebbe when the man returned, “but this is not what I had in mind.”

On his next trip, the man purchased an even more expensive snuff box, but again the Rebbe said that it was not what he wanted.

Before the man’s next trip, the Rebbe told him. “You’re traveling to Konigsberg. Do you perhaps go to the theater there?”

A sincere chassid and pious Jew, the businessman had never been to the theater in his life, but on this trip he dutifully purchased a ticket to a show in the Konigsberg theater. He settled into the plush seat in the private box high above the stage and promptly fell asleep.

Tired from his business dealings, the man slept soundly and was only jolted awake when the janitor entered his booth to clean it.

“Where did you come from?” asked the janitor, who was not accustomed to seeing sleeping chassidim in the expensive theater seats (or any theater seats for that matter).

“From White Russia,” came the reply.

“Do you perhaps know Zalminya?” said the cleaner, using a familiar appellation for the Alter Rebbe, whose full name was Schneur Zalman.

“If so, please give him my regards.”

“But what is your name?”

Sure enough, upon his return to Liozna, the chassid dutifully gave the Alter Rebbe regards from Karl, the theater cleaner.

“Yes,” exclaimed the Rebbe. “That was the gift I had been hoping for.”

Before the man’s next trip to Konigsberg, the Alter Rebbe gave him a small package to bring to Karl. “When you get to Konigsberg,” said the Alter Rebbe, “please give this to him. And then, when you are ready to go home, please take it from him and bring it back to me.”

“Did Zalminya say that I need to give it back?” asked Karl, opening the package. He lovingly withdrew a sheaf of papers with the Alter Rebbe’s handwriting. They would soon be printed and gain fame as the Tanya, the Alter Rebbe’s foundational work of Chassidic thought.

“Divine inspiration,” he repeated to himself as he leafed through the pages. “True divine inspiration . . . I don’t know what will be left for Moshiach himself to teach.”

With that, he closed the package and returned it to the businessman.

When telling this story, the famed Rabbi Shmuel Gronim Estherman would conclude: It seems that Karl was among the 36 hidden tzadikim (righteous men), and the Alter Rebbe wanted his approval for the Tanya.