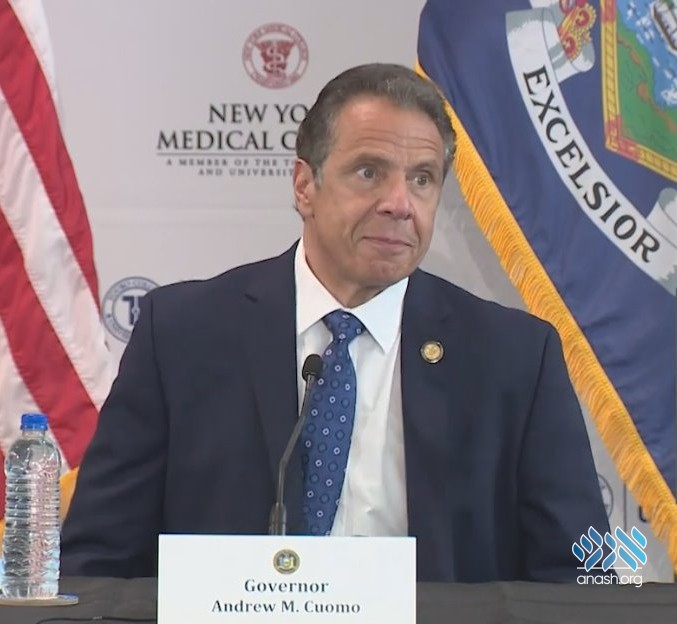 From the Anash.org Inbox: Governor Andrew Cuomo said “G-d did not do that” when celebrating successes, but suddenly remembered G-d when looking for something to blame for failures.

One of the precious people we lost to COVID-19 was Reb Motteleh Gurary, a”h. A few years ago, I davened at his shul and heard him share a teaching of the Shaloh on this week’s parshah.

This is a message to every Jew, explains the Shaloh. Whatever we do and wherever we go, any plans we make, must include the provision im yirtze Hashem (if Hashem wills it), or be’ezras Hashem (with Hashem’s help).

“We can make all the preparations in the world,” thundered Rabbi Gurary in his inimitable voice, “but ultimately Hashem will make our final travel plans.”

If we needed a reminder, the past few months certainly provided just that. We all had plans—for work, school, Pesach, vacation, camp, weddings—and most of those plans were drastically altered or entirely cancelled.

Going forward, this is something to keep in mind.

It’s natural to take credit when things work out, or blame ourselves or others when they don’t, but ultimately it’s Hashem’s decision. This knowledge is both humbling and comforting, if we allow it to be.

The math, Mr. Governor, works only because Hashem wills it to.

He wasn’t humbled, but he also didn’t feel the comfort of being in G-d’s Hands. A month later, when challenged about the many deaths in nursing homes, the governor said:

“We lost 139 people yesterday in hospitals. Who is accountable for those 139 deaths? Well, how do we get justice for those families who had 139 deaths? What is justice? Who can we prosecute for those deaths? Nobody. Nobody. Mother nature. G-d. Where did this virus come from? People are going to die by this virus. That is the truth.”

It’s sad that this is the prevalent attitude of many leaders. When their plans work, they claim all the credit. When they don’t, they either find someone else to blame or throw up their hands helplessly.

But we don’t have to succumb to those feelings of helplessness when things don’t go as we planned. It’s not random. Inexplicable? To us, yes. But Hashem knows what He’s doing, even when His plan doesn’t align with ours. Of course we must do our part. But it’s only a part, and only because He wants us to.

It’s time to invite Hashem back into our lives and into society at large.

A G-dless society is an unsafe one. If this is the voice of our leaders, is it any wonder our youth are struggling? Strong morals and values can come only when we recognize our connection, dependence, and accountability to a Higher Power.

“One nation under G-d” isn’t just about a flag or slogan; it’s truly our only solution.

As we ease back into making plans, let’s remember to invite Hashem. We should also spread this awareness to others, and may we all see revealed blessings in all our endeavors.