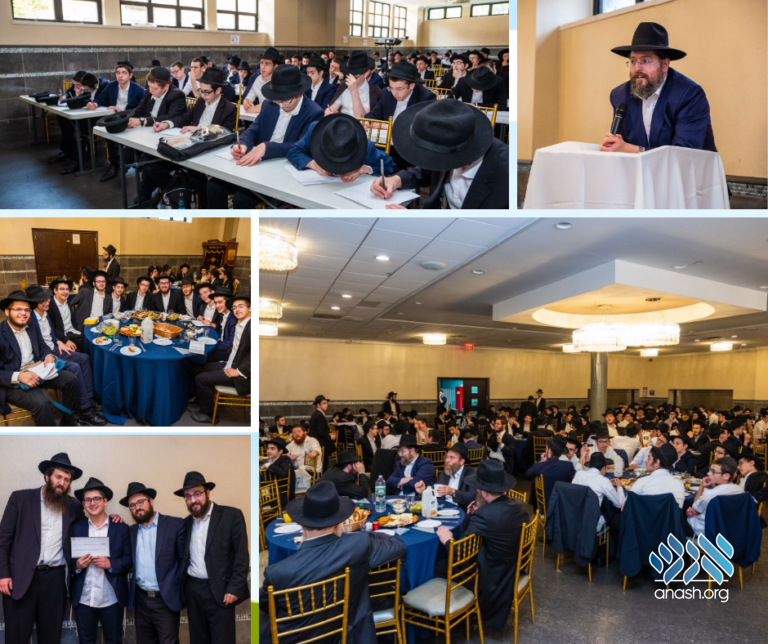 The event concluded the six week program during which bochurim watched a sicha of the Rebbe twice weekly and wrote their own hanachos (transcripts). In the program’s first week, the sichos were watched for 10 minutes per viewing. Each week, the time increased, with the bochurim viewing sichos for a full hour in the final week.

The bochurim who completed all of the hanachos were invited to attend the event on Sunday. After watching a sicha of the Rebbe, they were once again given time to write their own hanachos, for the final time as part of this program.

The viewing was followed by a brunch during which the participants heard firsthand accounts from Argentina shliach Rabbi Tzvi Grunblatt, who was a maniach during his years as a bochur.

Rabbi Zalman Oster, menahel of Mesivta Lubavitch of Toronto spoke of the great success of the Hanachos program and the incredible impact it had on the talmidim. Rabbi Oster also mentioned the Halikut program from earlier this year, and encouraged the bochurim to take part in next year’s Halikut.

Each of the bochurim then received a $100 Kehos gift card. Several hanachos were singled out as winners by judges Rabbi Avrohom Gerlitzky and Rabbi Dovid Feldman, who were manichim by the Rebbe. The talmidim who wrote these hanachos will be going to the Ohel of the Rebbe’s father in Alma Ata for Chof Av this year.