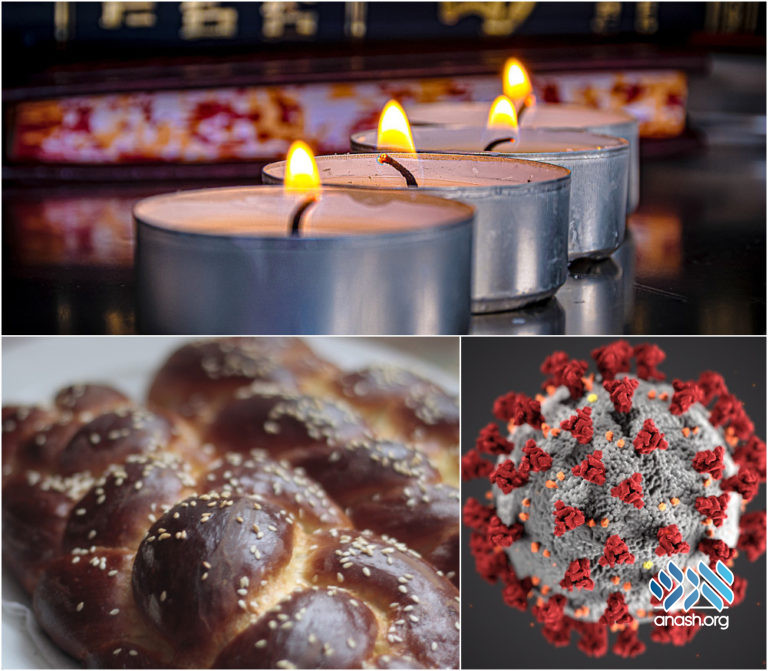 With the many halachic questions arising due to coronavirus and quarantine, Anash.org presents practical Halacha for Shabbos.

With the many halachic questions arising due to coronavirus and quarantine, Anash.org presents practical Halacha for Shabbos.

By Rav Gedalia Oberlander, rov of Heichel Menachem in Monsey.

May Hashem bless you and protect all of Klal Yisrael.

Many new queries have arisen and due to the severity of the virus many restrictions should be adhered to, as per Pikuach Nefesh.

It is important to reiterate that everyone is obligated to carefully follow the medical advice and recommendations of the doctors and the Department of Health, as clearly stated in letters written by R’ Akiva Eiger during a Cholera Epidemic in 1831 (see Iggeres Sofrim, letter 31).

In communities where shuls have been officially closed, one should not try to circumvent the rules and go to shul. There is a renowned letter from the Shem MeShmuel of Sochochav written to a sick person who was dejected because he was ordered by his doctor to eat on Yom Kippur. The Shem MeShmuel explained to the sick person that the same Hakadosh Baruch Hu, Who commanded us to fast on Yom Kippur also commanded us to eat on Yom Kippur when medically warranted due to Pikuach Nefesh. Therefore, said the Shem MeShmuel, “You should eat with Simchah, knowing that you are fulfilling Hashem’s mitzvah.” Likewise, in our situation today, one should know that by forgoing a minyan and kriyas haTorah, he is thereby fulfilling a Mitzva D’Oiraisa, which is cause for joy and not sadness chas v’Shalom.

I conclude with the prayer אבינו מלכינו מנע מגיפה מנחלתך our father, our king, withhold a plague from your inheritance. May we yet merit in this Month of Adar – whose acronym is אני ד‘ רופאיך, I am Hashem, your healer– to והסירותי מחלה מקרביך, I will remove sickness from your midst, and we should emerge from darkness to great light with the coming of Moshiach. May we merit to see the building of the Bais Hamikdash and be able to partake of the korbonos and the korbon Pesach speedily in our days, mamash.