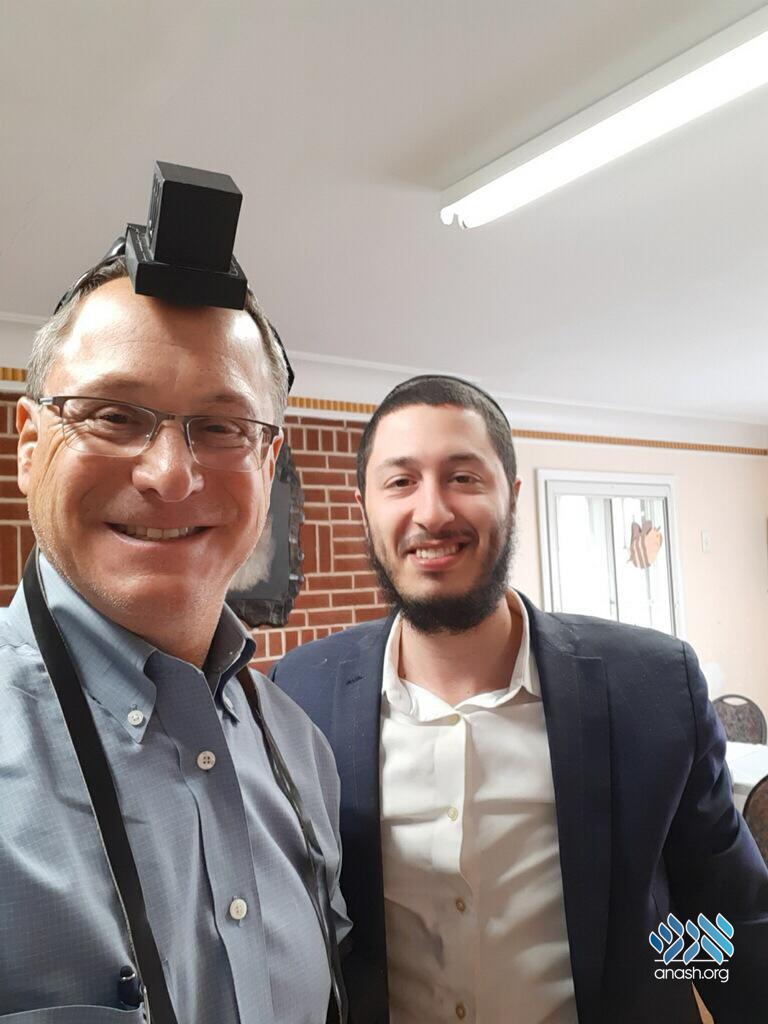 When Hal Fuchs found out that his friend Rabbi Levi Goldstein is in critical condition, he stepped in to put on tefillin in his stead.

“Today, I did a very special tefillin for Rabbi Levi Goldstein. It was 38 years ago that Levi began coming to my store on Flatbush Ave. in Brooklyn and offered to do the tefillin prayers with me.

“He persistently and graciously came by until I could no longer deny his request and I began to slowly and increasingly do the tefillin prayers with him on Friday afternoons. I started to really look forward to his visits.”

Even after Hal moved his business to Long Island, he and his wife Jane have maintained a warm friendship with Rabbi Levi and Baila Goldstein.

The Fuchs’ have two children, Randy and Shlomo. While in college, Shlomo, began his own journey back to his Jewish roots.

“When I first became frum, I was very critical of Chabad and when I first met Rabbi Goldstein, I may have been a little rude. Despite this, he showered me with only positivity and care.

“I was still in university and was finding it hard to cope with the new way of life and lack of proper Jewish infrastructure. During that period, I must have called Rabbi Goldstein every other day. No matter his busy schedule, he always made time to answer the phone and provide words of chizuk.”

Shlomo went on to learn in Yeshivahs in Israel and U.S.A. Today, he and his wife Channa are shluchim in the Chabad House of Hendon (London, England).

“Rabbi Goldstein’s family has shown me unbelievable friendship and brotherhood. I truly feel part of the family. Before I met Rabbi Goldstein, whenever my father would mention him, he became visibly happy. It’s hard to fathom the incredible impact he has had on myself and my family.

“I hope this can be a merit for him and all others who need a refuah shleima. May our mitzvohs and tefilos tip the scale for the geulah ha’amitis v’hashleima!”