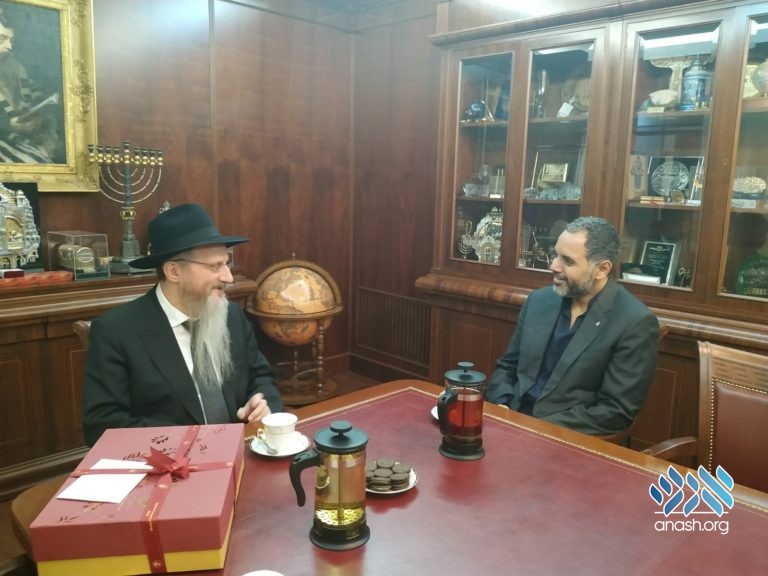 Qatar’s Ambassador to Russia Fahad bin Muhammad al-Atay met this morning with Chief Rabbi of Russia, Rabbi Berel Lazar in his offices at the Marina Roshcha Center in central Moscow.

Qatar is a tiny gulf country located in the Arabian Peninsula, with close ties to Iran and Turkey.

The Russian chief rabbi is known to have close connections with the small Jewish communities of these Muslim countries.