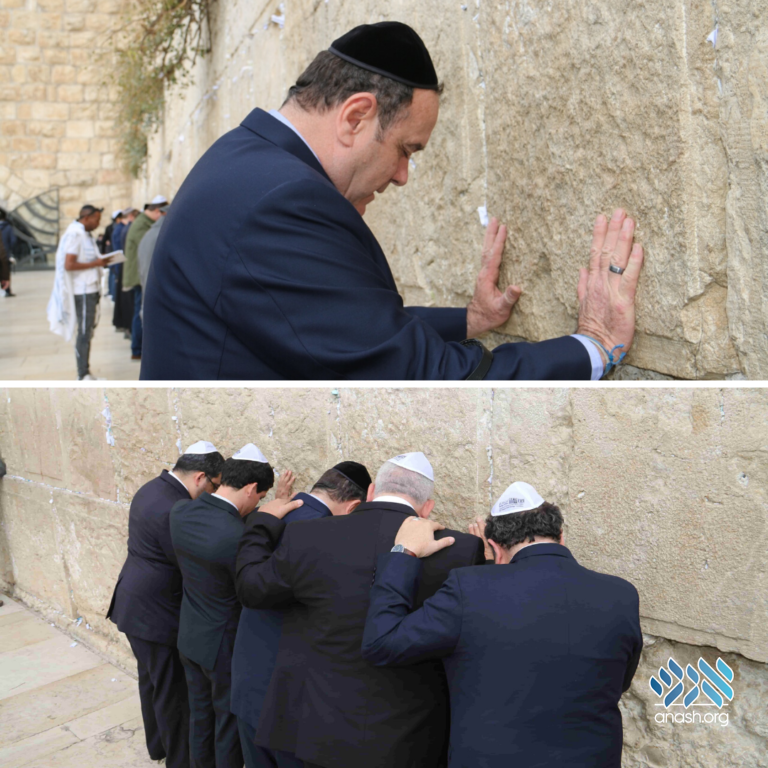 The president-elect of Guatemala, Mr. Alejandro Giammettei, visited the Kosel Sunday morning before assuming office as president of Guatemala.

He was greeted by the Rov of the Kosel and holy sites, Rabbi Shmuel Rabinowitz, and by the director of the Western Wall Heritage Foundation, Mr. Mordechai (Suli) Eliav.

Rabbi Rabinowitz recited chapter 121 of Tehilim with the President-elect and blessed him with the prayer of Shlomo Hamelech that all his prayers and those of his country be fulfilled.

Mr. Giammettei who is knows as a staunch supported of Israel, was very moved by his visit, and placed a note between the holy stones. Afterword, he requested to stay on and watch as people gather to daven Shachris.

The President-elect said that “Whoever loves Israel, G-d loves him”, and that he hopes the embassy which was relocated by the outgoing administration will remain in Yerushalayim. He completed the visit by stating that he “asks G-d for blessings for Israel and Guatemala so that together, we can live in peace, justice, and development”.

During his election campaign Mr. Giammettei was quoted as saying “He who is Israel’s enemy is Guatemala’s enemy.”