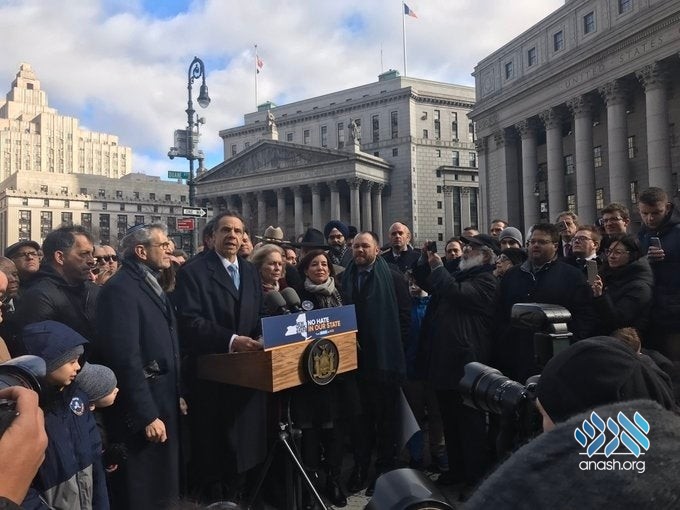 At the march against antisemitism today in lower Manhattan, New York Governor Andrew Cuomo announced that his office will be allocating an additional $45 million to help protect religious institutions, including non-public schools and cultural centers, against hate crimes.

The funding is being made available through the state’s Securing Communities Against Hate Crimes Grant Program created in 2017. Those eligible are institutions that are vulnerable because of their ideology, beliefs or mission, including non-profit day care centers, community centers, cultural museums, day camps and non-public schools.

“The recent rash of anti-Semitic and other hate-fueled attacks in New York and across the nation are understandably causing anxiety, but we will not be intimidated,” Cuomo told several hundred rally goers at Manhattan’s Foley Square. “In New York we stand up to those who try to sow division and fear, and this new funding will provide religious and cultural institutions the support they need to help protect themselves and keep people safe.”