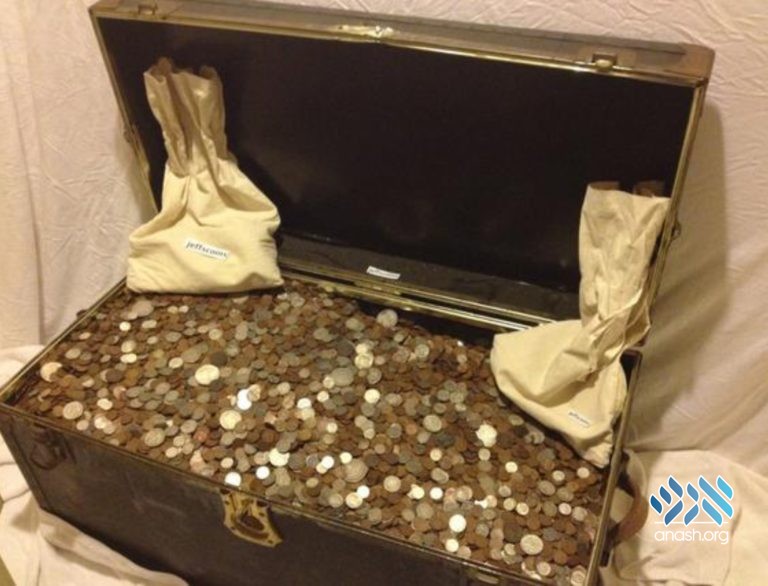 Melava malka story: “Why do you still suspect me of stealing your silver coins when I did not touch your gold?”

By Bentzion Elisha for Chabad.org

Originally told by the Bobover Rebbe, Rabbi Shlomo Halberstam, at a community gathering.

A chossid of Reb Mottel of Chernobyl had a particular habit which came to light when he visited Reb Mottel to request a blessing. Reb Mottel asked the visitor to recount his typical daily schedule. The young man explained that he began each day by buying goods for his business from the local landowner. Following that, he would daven shacharis, after which he began to sell his wares.

“Why do you buy your merchandise before you daven in the morning?” asked Reb Mottel.

The young man explained, “Why, if I waited until after shacharis, the only goods remaining would be of inferior quality, if not sold out entirely!”

Upon hearing that, Reb Mottel shared a story with his chossid.

There was once a melamed whose livelihood entailed traveling far from his hometown to teach Jewish children in distant cities. He was often away from his home for a year or more at a time. Meanwhile his wife and children lived the year without him, borrowing and living on credit.

This melamed was paid for his services with coins. The wealthy gave him gold coins, the middle class paid with silver coins, and people of more modest means paid with copper or nickel coins.

After the year of teaching was up, he headed back home. As the first Shabbos on his voyage approached, he knew he would have to remove his belt, but he didn’t know where to hide his money bags.

He decided to bury his earnings in the ground, and retrieve them after Shabbos. But just as he was about to finish his digging, he heard some people in the distance. Paranoia set in, and he became alarmed by the possibility that if he could hear them, they could probably see him, and his money wasn’t safe.

Now pressed for time, he grabbed the belt with the bags of coins and ran to the local Jewish inn, where he handed the innkeeper the entire bundle in a furious hurry for safekeeping. Shabbos began, and the melamed was livid with himself. He had just given the innkeeper his entire year’s earnings without even a note or receipt mentioning the amount of money being held. It would be so easy for the innkeeper to deny safeguarding the coins, and his whole year’s pay would be lost.

Thoughts of his wife and children flooded his mind. What would they do? How would they face the creditors? His imagination took off, leaving him worried and on edge for the entire Shabbos.

The innkeeper sensed his guest’s troubled condition and, as soon as Shabbos departed, he davened maariv very quickly, and placed the belt with the bags of coins in front of the teacher, who was still reciting the silent Amidah.

To the amazement of the innkeeper, in the middle of davening the teacher opened the bag of gold coins and started counting them one by one. He saw that all the coins were still there. Nevertheless, he took out the bag with the silver coins and started counting them next. All the silver coins were also still there, yet his concern and worry did not dissipate. He then started counting the nickel coins, and then the copper coins, and finally returned to his prayers. The innkeeper, who had observed the entire process, was taken aback and perplexed.

When the melamed finished davening, the innkeeper confronted him. “After you saw I hadn’t taken any of your gold coins, why did you not trust that I hadn’t taken any of your silver coins, which are much less valuable? And after you counted the silver coins too, and saw I took nothing, why didn’t you trust me then? You continued to count the ridiculously less valuable nickel and copper coins.”

Reb Mottel of Chernobyl turned to the young man before him and said, “I want to ask you the same question the innkeeper asked the melamed. Every single morning, Hashem has given you back your soul, your body, your very life—the equivalent of gold and silver coins. What makes you think he won’t also give you your parnassa—your nickel and copper coins? You should increase your bitachon, and believe that Hashem will give you your physical sustenance too. There is no need to rush off to buy goods before shacharis.”