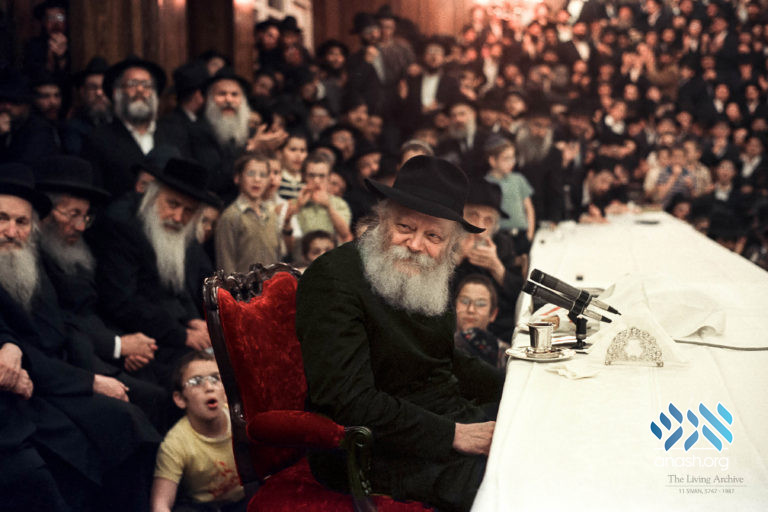 As the Rebbe’s soldier, a chossid must know from where he receives his kochos. How can we lean into this reality?

After Eliezer succeeded in his mission to find a shidduch for Yitzchak, the Torah tells us he reported back: “And the servant told Yitzchak all the things that he had done.”

Now, Eliezer did do a lot to make the shidduch happen. Even his seemingly simple plan of asking a girl for a drink of water was actually replete with psychoanalytical genius, as meforshim explain. So when the Torah writes that Eliezer told Yitzchak all that he had done, can’t we assume he’s referring to exactly that—all that he had done?

But Rashi explains it differently: “He revealed to him [Yitzchak] the miracles that were wrought for him, that the earth had shrunk for him, and that Rivka had come to him providentially as a result of his prayer.”

What does Rashi mean?

This week is the international convention of shluchim. At a typical business convention you’ll hear a lot of talk about people’s accomplishments. The bloated egos of kochi v’otzem yodi, “My strength and the might of my hand has accumulated this wealth for me,” will be palpable.

Contrast this to the Rebbe’s shluchim.

Ask a shliach what’s going on in his shlichus, and the most common response will usually begin with something to the effect of, “You’ll never believe what happened! I met a guy…” and he’ll then go on to tell you about all the miracles he’s seeing, the many instances of hashgacha pratis, and how he feels the Rebbe’s brachos all the time.

Eliezer was the very first shliach in history. He introduced himself to Rivkah’s family as, “A servant of Avraham I am.” Is it any wonder then, that when he reported on his shlichus he focused on the miracles he saw rather than the ingenious strategies he implemented?

A lot of young men and women who didn’t go out on shlichus feel badly during the kinus. Many feel that they’re losing out in life, without any sense of mission.

“I see such excitement and drive in these shluchim, how can I get some of that?” one guy asked me. And others would love to see hashgacha pratis in their lives the way many shluchim do.

The good news is that it’s possible, as long as we’re willing to begin our day as “a servant of Avraham I am.”

Reb Shmuel Gurary was a member of the select group of “sitters” in Lubavitch who devoted all their time to Torah study. One day, the Rebbe Maharash instructed him to go into business. Reb Shmuel obeyed and soon became very wealthy.

During a government auction, he turned to his competitor and challenged, “With me you’re competing?! It was the Rebbe who made me into a businessman!”

He won the auction.

When we say modeh ani in the morning, let’s keep in mind that we are embarking on a mission. If that’s my starting point, then I know I’m bigger than myself. We’re Hashem’s representatives. It will improve our mood, our confidence and our results. And we’ll know we’re doing something right when we start hearing ourselves say things like, “You’ll never believe what happened! I met a guy….”