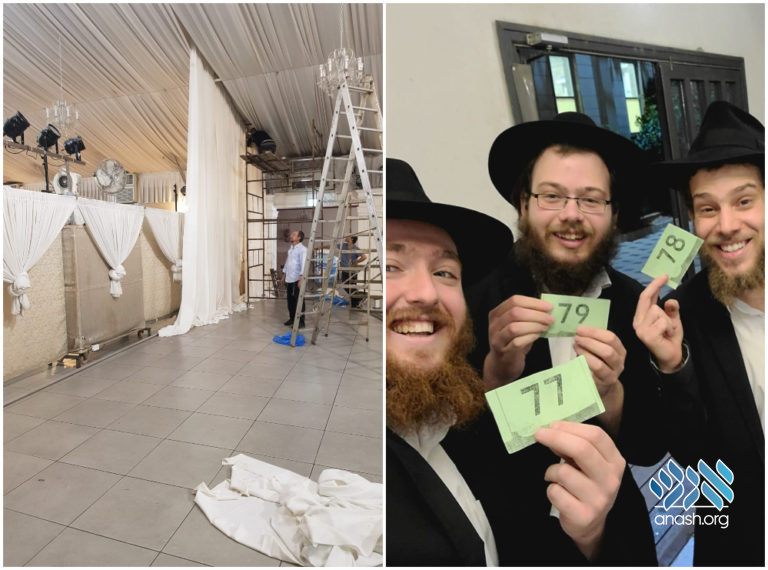 Travel bans and quarantines notwithstanding, these weddings are continuing – just not quite as planned.

It’s hard to believe how quickly and how drastically the world has changed in the past few weeks. Numerous countries’ governments are enforcing travel bans and mandatory quarantines, and some are even placing restrictions on large gatherings. As a result, many people are having to reconsider plans of all kinds, from Pesach travels to daily routines and yes – even weddings.

Baruch Hashem for simchos; amid the current chaos, there are couples who are ‘braving the storm’ and continuing on with their plans to marry- albeit not quite as planned. In many cases, weddings are proceeding without the participation of beloved friends and family from out of town; in some places, parents have had to cut down the guest list.

In Eretz Yisroel, a restriction on gatherings of over 100 participants has been enforced. Yesterday, the Rivkin brothers, who operate Kfar Chabad’s ‘wedding tent’ where many locals get married, announced that a partition is being erected to divide the tent into two separate halls. Weddings held there will now be able to accommodate 100 men and 100 women.

“It’s insane,” commented one Kfar Chabad resident who is preparing to marry off his child. “Every moment that passes is like a whole generation’s history. Right now we’re being told to sit and do nothing.”

There is a pandemic turning the world on its head, and no one knows what tomorrow will bring. Through it all, we continue breaking glass, welcoming each new bayis ne’eman b’yisrael.