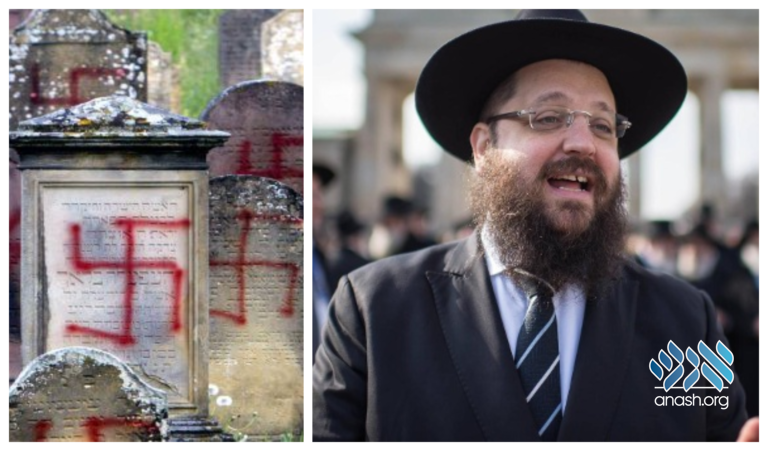 “A higher education is not enough to guarantee a lack of antisemitism.” These were the words of the German Minister of Education and Research, Anja Karliczek while meeting with the Chief Rabbi and shliach to Berlin, Rabbi Yehuda Teichtal.

The meeting between Rabbi Teichtel and the minister took place at Ms. Karliczek’s office. The two discussed the recent uptick in antisemitism in Europe, and particularly in Germany.

Ms. Karliczek pointed out a recent survey by the German newspaper “Der Spiegel,” which had conducted a survey on those with higher education. A shocking 41% told the newspaper that in their opinion, the Holocaust is discussed too much.

When asked what he though the solution was, Rabbi Teichtal relayed the words of the Rebbe who taught that education must include the teaching of personal responsibility and morality; merely transmitting information is not enough.

“We are all created in the image of a Higher Power,” Teichtal explained. “We each have responsibility for one another. If this message would be taught as part of education, the plague of antisemitism would surely melt away.”