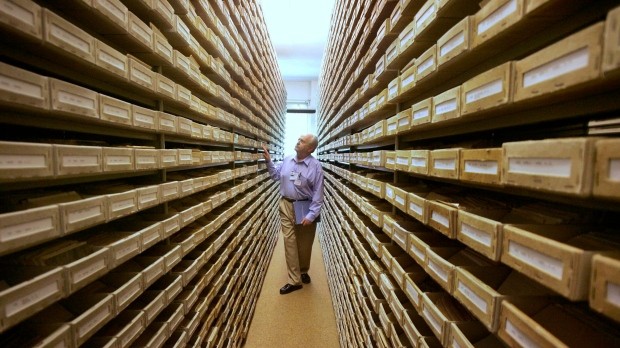 Germany’s International Center on Nazi Persecution has uploaded some 850,000 documents with information on ten million people collected after the end of World War II in the American occupied zone of Germany.

The Bad Arolsen-based archive said in a statement Tuesday that the documents contain information about victims of Nazi persecution that was collected in the winter of 1945/46 in Germany based on orders by the four occupying powers — the U.S., Britain, France and the Soviet Union.

They issued orders to German local authorities, companies and others requiring them to draw up lists of foreign nationals, German Jews and stateless people who were registered with them.

A large collection of these documents as well as other lists from the American Zone of Occupation can now be viewed online.