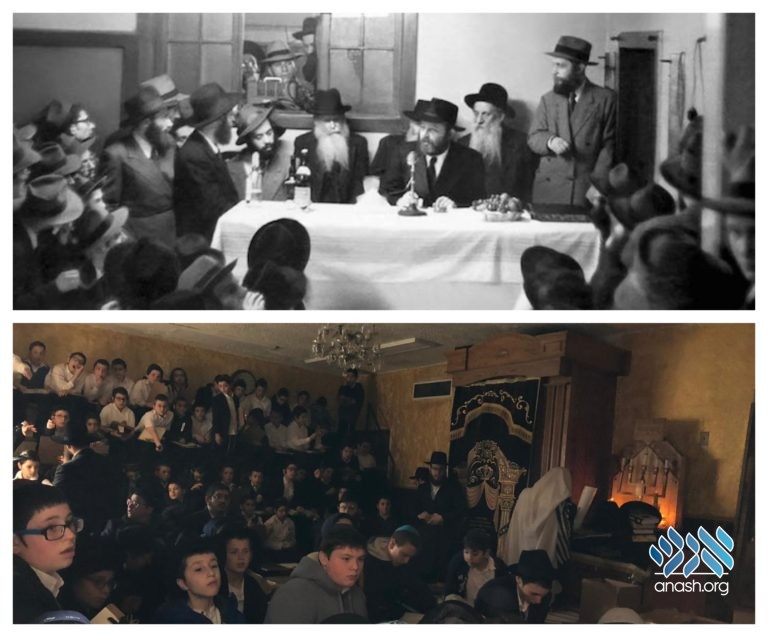 70 years ago, the Rebbe held his first official farbrengen in 770, during which he delivered the maamar Basi Legani and took upon the nesius. Seven decades later, over 1000 Crown Heights schoolchildren came to the same spot to watch and listen to that very farbrengen.

This unique event follows a build-up of students’ experience with Connection Point, a JEM project in collaboration with Tzivos Hashem, that gives them the tools to watch and understand talks directly from the Rebbe.

First, students watched a short clip of the original farbrengen. This was followed by a larger clip, which included interviews with people who attended the farbrengen, transmitting the experience in a very real way.

“Connection Point has caused a sea-change in children’s confidence and ability to build their own relationship with the Rebbe,” says Rabbi Elkanah Shmotkin, JEM’s director.

3500 children from 45 schools worldwide, are currently enrolled in the program. “Very soon,” says Rabbi Shimmy Weinbaum, Director of Tzivos Hashem, “with the coming of Moshiach, these children will be listening to the Rebbe speak live.”