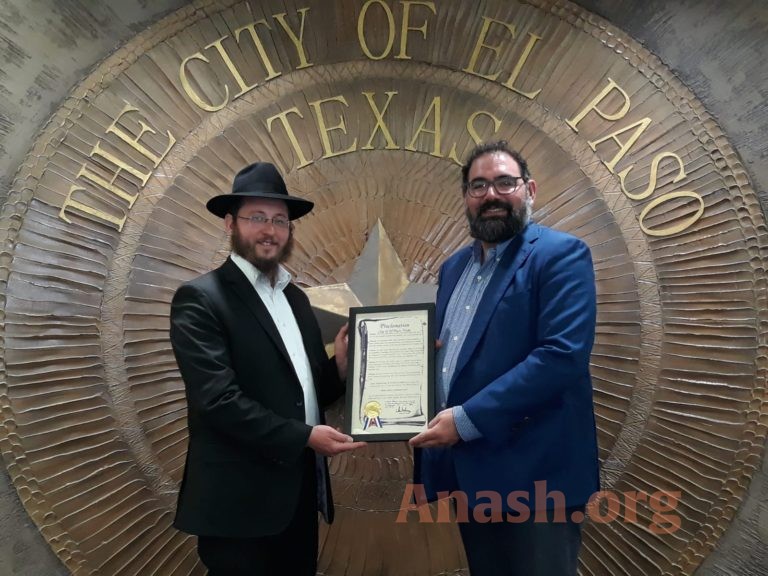 Shluchim all across the US and even in some foreign countries have been working to get proclamations from local officials in honor of aleph Nissan, the official Education & Sharing Day in the USA since 5738/1978. For some shluchim this is an annual tradition, for others, it’s their first year.

In Nassau County, NY, Rabbi Tuvia Teldon led a delegation of a dozen Long Island shluchim to the County Legislature, where County Executive Laura Curran met with them. She spoke glowingly of all that the Rebbe has accomplished in the field of education and how local shluchim continue the Rebbe’s all-important work.

Other reports of such proclamations, that we received here at Anash.org, include: