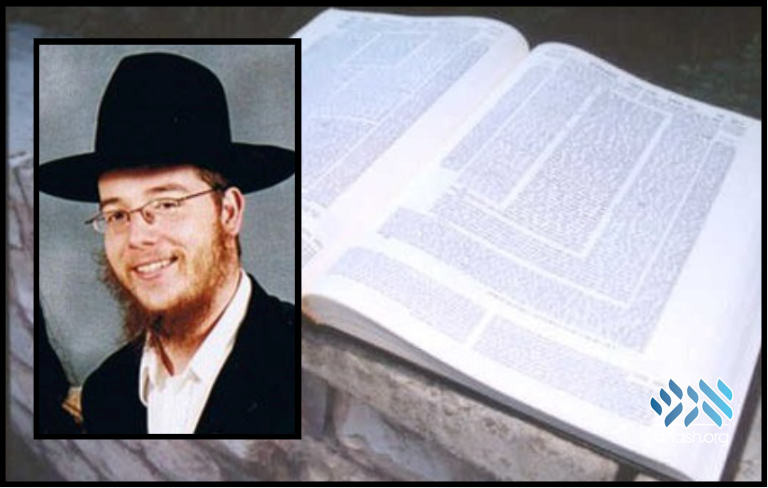 By Avraham Dov Greenbaum for Hamodia

David Bialyka is probably the last person who spoke with Harav Gavriel Holtzberg, Hy”d, the Chabad shaliach in Mumbai, India.

“When you get back to Israel,” Holtzberg requested, “set up a chavrusa with my friend, the Chabad shaliach in Netanya.” His final request was made just a few minutes before terrorists — the long arm of al-Qaida — invaded the Chabad House.

Bialyka promised to do so and went up to his room on the fourth floor of the Chabad House, getting ready for a night’s sleep. Suddenly, explosions and gunshots rattled the building. Bialyka looked out the window and saw passersby running in panic, trying to find cover. He realized that the Chabad House was the target and that he had to act swiftly and keep a level head in order to escape.

He climbed out the fourth-floor bathroom window, using the air conditioner ducts installed by the owners, the Kedoshim Rav Gavriel and Rebbetzin Rivka Holtzberg, Hy”d, to get to the street. When he got to the first floor, he saw one of the terrorists in action through the window. He ducked and kept up his race.

But when he landed on the ground, he was in for a shock. A few passersby grabbed him and began to beat him. They mistakenly thought that he was one of the terrorists, and was an accomplice to the attack. They dragged him toward the security forces, beating him all over. Only after he kept repeating, “I’m not a terrorist, I’m a guest from Israel,” was he released, injured but alive.

Once aboard the plane, the previous few hours flashed through his mind and he realized the magnitude of the miracle that he had experienced. The rest of the occupants of the Chabad House had been killed al Kiddush Hashem, except for little Moishy, the son of the owners. With Heavenly mercy, he was miraculously rescued by the righteous gentile, his nanny, Sandra Samuel, who ran out of the building with him. Bialyka spent his long journey home to Netanya praising and thanking Hashem for his miraculous rescue.

Bialyka, who is a diamond dealer by profession, continues to travel to Mumbai. At the same time, he has kept Rabbi Holtzberg’s final wishes and has been learning with his chavrusa for more than 10 years.

Last week, he traveled from Netanya to Kfar Chabad to attend the bar mitzvah of young Moishy, the 2-year-old toddler who has grown up into a bachur. Despite all pessimistic predictions, Moishy has prevailed with the power of emunah. How true is the sentence written by President Donald Trump in his congratulatory letter to the boy: “May your faith continue to guide, strengthen and comfort you throughout your life.”

Moishy’s uncle, Harav Yitzchak Dovid Grossman, asked Bialyka to tell his story, adding that we have just read the parshiyos that teach us about the greatness of Avraham Avinu. The Torah praises the pitching of his tent: “And he pitched a tent in Be’er Sheva.” Chazal say, “What did Avraham do? He made an inn and opened doorways in every direction, and he would welcome the passersby.” In his unique way, Avraham Avinu conveyed the Name of Hakadosh Baruch Hu to His creations.

“My dear nephew and niece, the Kedoshim Rav Gavriel and Rivka Holtzberg, Hy”d, continued this path of Avraham Avinu. They opened a Chabad House in the heart of Mumbai, a city rife with idol worship and paganism. They opened the doors to their house — and their hearts — wide to every Jew. And the main thing is, with their actions and good deeds, they radiated yiras Shamayim and Yiddishkeit that influenced all those guests at their table. These emerged from the house not only satiated physically, but also strengthened spiritually.

“The bar mitzvah this evening of the survivor, their only son, Moishy,” Rav Grossman said, “is a sign that ‘netzach Yisrael lo yeshaker.’ Out of the darkness and the fog that enveloped us all 11 years ago, the light of this innocent child, proudly continuing his father’s and mother’s ways, continuing the shlichus of the Lubavitcher Rebbe, zt’l, and the ways of Avraham Avinu, clearly shines through.”

Then Rav Grossman asked the two survivors, the bar mitzvah boy and the diamond dealer: “Promise me that you will set up a chavrusa together.” And they promised.