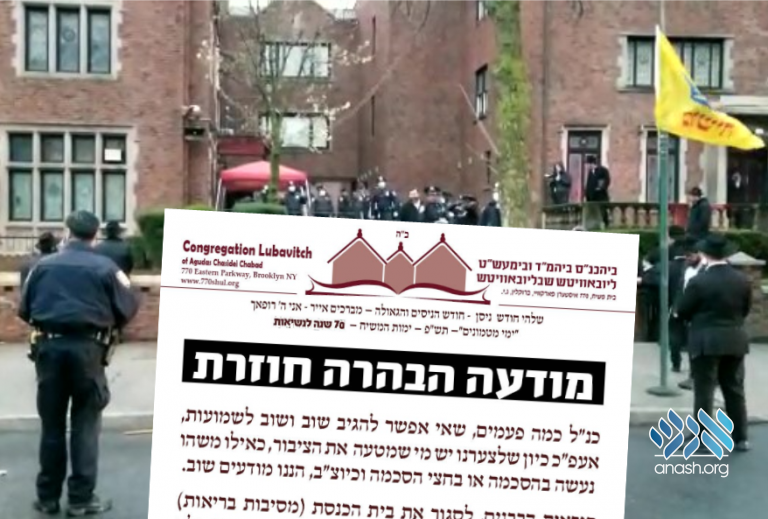 Despite rumors of a minyan being restarted inside or around 770, gabboim deny any possibility until the rabbonim give an okay.

During this time period, when public gatherings are banner, there is one particular kind of gathering that Yidden all over are yearning for: davening in shul.

To this end, Yidden have come up will all kinds of methods to keep a minyan while maintaining social distancing – in open spaces or on balconies – and opinions have been voiced both for and against.

Since the ban on public gatherings in NYC, the shul at 770 and it’s accompanying buildings have been closed to the public. Some have attempted a minyan outside the building, but that too was banned.

However, recently, rumors have circulated that the ban was lifted and some have tried setting up minyanim outside. The gabboim, though, have made it clear that nothing has changed as of yet.

“It’s against the Rabbonim’s instructions,” 770 manager Yosef Yitzchak Kratz told Anash.org, “and it will continue to be banned until the Rabbonim allow it. We look forward to hosting countless minyanim in 770 soon IYH.”