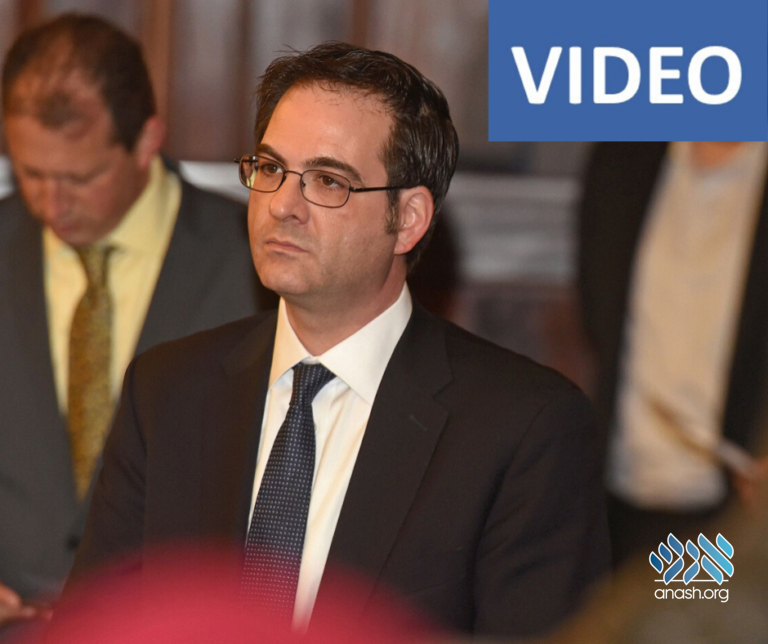 Councilman Kalman Yeger, in a blistering speech, blasted his colleagues for having “tinkered at the fringes of anti-Semitism,” marching against hate while at the same time fostering hatred of the Jewish community.

The Boro Park Democrat spoke on Wednesday, three days after progressive groups organized a march against hate which was hijacked by several anti-Orthodox groups.

“For far too long,” Yeger said on the chamber floor, “too many who hold public office, and those who portend themselves to be members of the media, have tinkered at the fringes of anti-Semitism. You market an ‘us versus them’ message against Orthodox Jews. You did this.”
Without mentioning any names, he denounced the politicians of deliberately painting a portrait of Orthodox Jews as “backwards members of society, who don’t vote how you like, don’t do what you want, don’t educate our children how you wish” while simultaneously using Jewish holidays such as Chanukah “to show up near a menorah” and “posing for pictures with Jews.”

Yeger was apparently referring to several councilmen who have participated in the march but who have declared war against yeshivos, such as Brad Lander, who represents parts of Boro Park, and Mark Treyger of Bensonhurst, as well as Public Advocate Jumaane Williams, a former councilman from Flatbush.

“I won’t be silent about who’s responsible,” Yeger said. “The notion that a lack of tolerance is at issue, as if Orthodox Jews are so heinous that our presence in society is something to be tolerated, is grotesque. We have the right to live in our city like anyone else. We have the right to go about our day without being assaulted. We’re not doing this to anyone. You’re doing this to us.

“You attack our yeshivas regularly, repeatedly, with hatred. But when ever has anyone seen a group of yeshiva students run down a street and smack someone in the head? Why is that never discussed — how we raise our children to be honorable, intellectual, decent members of society, how we are kind to one another?

“You paint us all with a scarlet letter of derision. You did this to us.”