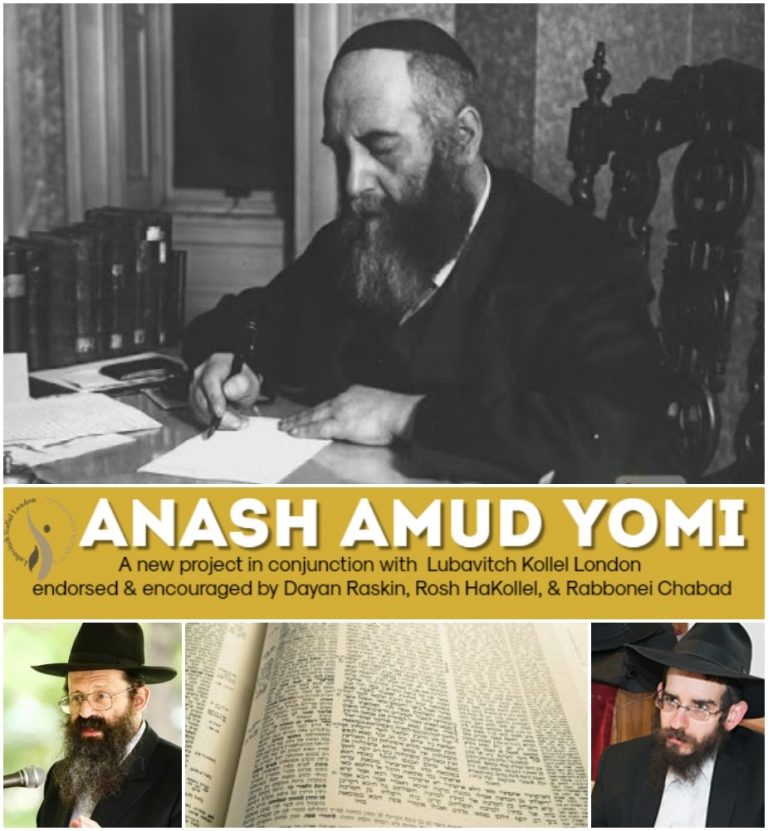 A group of Lubavitchers from London took upon themselves to fulfill the Frierdiker Rebbe’s request to have every chossid learn an amud of Gemara each day with a new learning program.

Decades after the Frierdiker Rebbe encouraged the daily study of an amud of Gemara, a group of Lubavitcher Londoners are starting a program to make it a reality.

The ‘Anash Amud Yomi’ program is beginning on Sunday, 6 Tammuz, with the study of Maseches Shabbos. The program plans to learn an amud every day from Monday to Thursday, while offering daily shiurim and a WhatsApp group to discuss the material learned. Shiurim will be delivered by mashpia Rabbi Berl Korf of Manchester.

The program was launched in conjunction with Lubavitch Kollel of London, and with the encouragement of Dayan Levi Raskin, rabonim and mashpi’im.