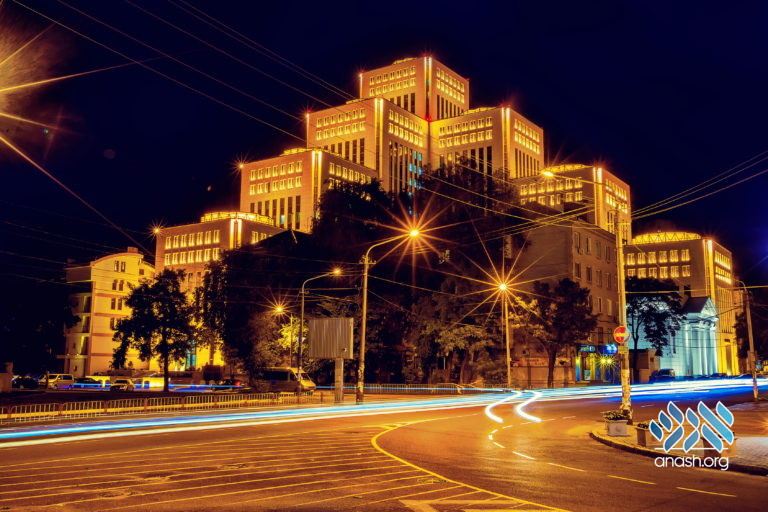 Last week, Chabad of Dnipro, Ukraine, laid the foundation for an apartment complex located near the iconic Menorah Center, one of the largest Jewish community centers in the world. The project is being sponsored and led by Jewish community board member Mr. Nathan Zolotorevzki, president of Chabad’s youth movement in Ukraine, in partnership with Dnipro’s Chief Rabbi Shmuel Kaminezki.

Built on land donated to the community by the city council, the complex’s 130 apartments will be available free of charge exclusively for the city’s eight-eight emissary families and other providers of religious services, such as teachers and ritual slaughterers. It is expected to be completed by the summer of 2021.

“Though these community leaders are being paid well and on time, their salaries are still not enough for the needs of their growing families,” says Kaminezki. “The Jewish community and the city council is so thankful for their work that they’ve decided to help out.”

Among the notables attending the gala fundraising dinner that evening at the Menorah Center was Israel’s Chief Rabbi Yitzhak Yosef, President of the EuroAsion Jewish Congress Mikhael Mirilashvili, and President of the Dnipro Jewish Community Gennadiy Bogolyubov, one of the project’s sponsors. The plans were designed by architect Yaakov Shapiro.

“I feel it is a true honor to be able to provide luxury living for the people who do and sacrifice so much for us,” says Zolotrevzki.