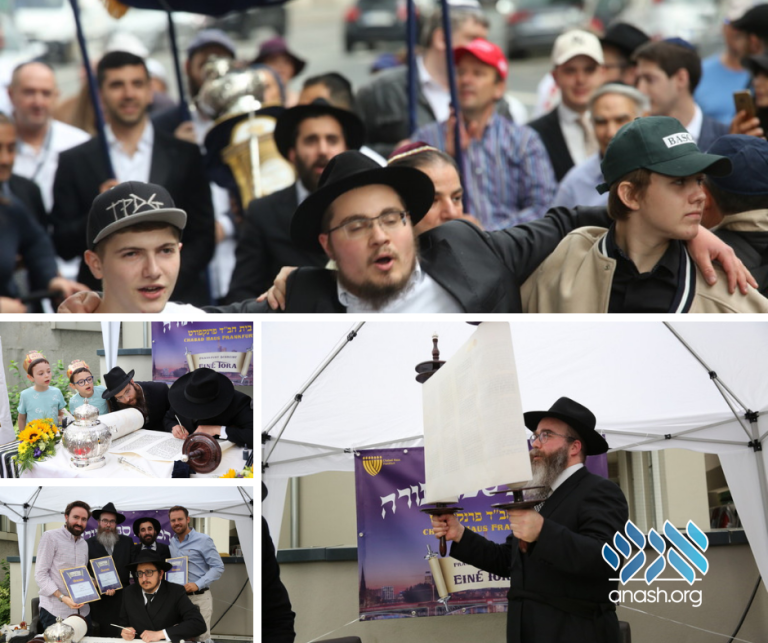 The Jewish community of Frankfurt, financial capital of Germany and the EU, recently welcomed a beautiful new Sefer Torah.

The writing of the final letters took place in one of the luxury hotels in the city center. From there, a grand procession accompanied the new Torah to its home amid joyous singing and dancing.

The campaign for the writing of the new Torah was initiated by Rabbi Yosef Yerachmiel Havelin, Rabbi Zalman Gurevitz, Rabbi Moshe Mendelssohn and Rabbi Menachem Rosenberg. Hundreds of community members responded with enthusiasm to the idea of uniting the entire Jewish community with one sefer torah, and came forward to sponsor and participate in the project.

At the end of the Hakafos, the sefer Torah was brought to the Aron Kodesh in the city’s central Chabad House. The community was then invited to a Seudas Mitzva and farbrengen with shliach Rabbi Mordechai Mendelssohn.