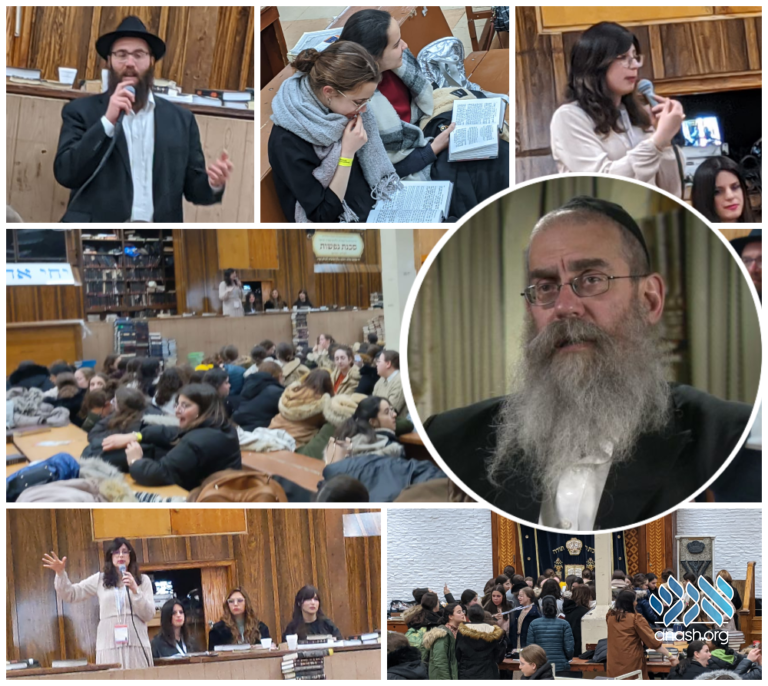 For over twenty years, Rabbi Aharon Eliezer Ceitlin ah would bring in a group of girls to the Rebbe every year for Chof Beis Shevat. Four years after his untimely passing, his son continues the tradition.

For over two decades, participants of the Kinus Hashluchos knew that they would be joined by a large group of girls from Eretz Yisroel, led by the mashpia Rabbi Aharon Eliezer Ceitlin. Four years after his untimely passing, the group continues, led by his son Rabbi Levi Yitzchak Ceitlin.

Rabbi Aharon Eliezer Ceitlin, born in Montreal, Canada, was sent to Eretz Yisroel with a group of Shluchim handpicked by the Rebbe, and settled in Tzfas.

In Tzfas, Rabbi Ceitlin founded and directed the Chabad Kindergarten Network with 34 branches educating some 1,500 children.

For 23 years, Rabbi Ceitlin led an organized trip for hundreds of high school and seminary girls to New York for Chof Beis Shvat, the yartzeit of Rebbetzin Chaya Mushka, and the Kinus Hashluchos.

In 5776, Rabbi Ceitlin passed away after battling an illness. The continuation of the groups was thrown into uncertainty. Would the yearly journey of joy, connection and inspiration continue?

The question did not linger for long. Rabbi Ceitlin’s family announced that the groups would continue, led by his son Rabbi Levi Yitzchak Ceitlin. The girls would have their chance to travel to New York, daven by the Rebbe and Rebbetzin’s Ohel, farbreng with famed mashpi’im and see the sites of Crown Heights.

This past Sunday night, following the Kinus Hashluchos banquet, 770 was host to an unusual scene. Gone were the black hats and jackets, the bochurim and men davening Ma’ariv or learning a Sicha. Instead, hundreds of girls filled the main zal, where they heard from the young Rabbi Ceitlin and other speakers.

This transformation of the main zal was a yearly tradition started by Reb Aharon Leizer to give the women and girls a rare glance at the places that mean so much to us as Chassidim. The Rebbe’s davening bima, the place where the Rebbe spent hundreds of hours farbrenging and so many other details they usually could only hear about, or see through the thick glass of the ezras noshim.

The combined effect of seeing the thousands of Shluchos by the banquet and the priceless visit to 770 left a lasting impression on the girls, one that they will undoubtedly recall for many years to come.