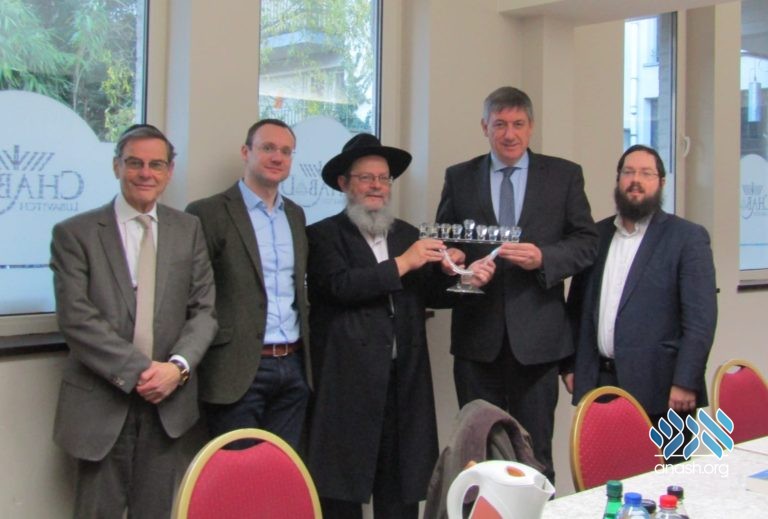 During his visit, he enjoyed seeing pictures of Chabad’s successful programming and community outreach efforts. He was particularly impressed by the iconic photo from the Kinus Hashluchim, and the powerful impact that Chabad has had on a global scale.

Before becoming Prime Minister in September, Jambon served as the minister of security. Last year, he obtained funding for Belgium’s Jewish institutions to receive new bulletproof doors and windows, as well as security cameras. He secured 4 million euro of government funding to be used for this purpose.

“Prime Minister Jambon has been very supportive of the Jewish community,” shliach Rabbi Yossi Slavaticki told Anash.org. “In addition to his past efforts on behalf of Antwerp’s Jewish population, he came to meet with us ahead of Chanukah to discuss further ways to help us thrive.”

Before leaving, he was gifted with a menorah and the book Towards a Meaningful Life, which has been translated into Flemish.