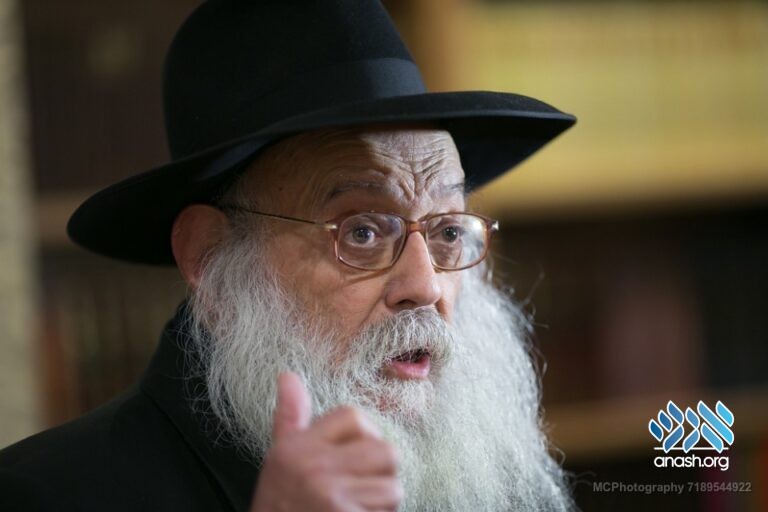 Stories Rabbi Groner Told: The Rebbe said, “Even though it isn’t on the schedule, nevertheless, I would like to go to the Ohel tomorrow. Please arrange it.”

I once brought a tzetel in to the Rebbe. It said that a woman had fallen on her face and had broken all of her facial bones. After examining her thoroughly, the doctors concluded that she would need to undergo four surgeries.

The Rebbe asked me, “Are you sure this is what the doctors said?”

“I spoke to the doctors personally,” I replied.

The Rebbe said, “Even though it isn’t on the schedule, nevertheless, I would like to go to the Ohel tomorrow. Please arrange it.”

When the Rebbe returned from the Ohel late the next evening, the Rebbe asked me to call the doctor to get an update on the situation. The doctor told me that it looked like she’ll only need three operations.

The Rebbe said, “She still needs 3 surgeries? If so, I’ll go to the Ohel again tomorrow.”

I knew that the Rebbe would want me to brief him on the woman’s situation the next day as well, so I took the initiative and called the doctor to find out the woman’s status. He told me that she’ll need two operations.

The Rebbe went to the Ohel again the next day. When the Rebbe returned, I informed him that the doctor said one surgery would suffice. After the fourth time, the doctor said she didn’t need surgery at all; they would be able to rectify the situation in a non-invasive manner.

Remember, the Rebbe would only drink a cup of tea before going to the Ohel. The Rebbe usually returned from the Ohel at about 9:00 P.M., but sometimes he would return at midnight, after which we would daven mincha with Tachanun!

The Rebbe fasted four days straight in order to save a woman from needing any operations. The point is not the obvious miracle of the woman’s recovery, but rather the tremendous ahavas Yisroel demonstrated by the Rebbe.

Reb Mosh Leib was a freiliche chossid. He used to go in to the Rebbe on a daily basis so that the Rebbe could dictate answers to letters he had received. Reb Moshe Leib would type the answers, the Rebbe would proofread them, and then they would be mailed. Often, when the Rebbe would return from the Ohel, he would summon Reb Moshe Leib and tell him that he had an urgent response for a particular person.

Once, after the Rebbe returned from the Ohel, the Rebbe requested Reb Moshe Leib to enter his office. A few minutes later, Reb Moshe Leib came out and said to me, “Two weeks ago, I was with the Rebbe to receive dictation, and when it was over, I remained standing by my place next to the door.

“ ‘Let me explain why,’ said the Rebbe. ‘Your wife wrote a letter to me last week, and she didn’t yet receive an answer, and I think she told you not to come home without a reply.’

“ ‘That’s exactly right,’ I replied. ‘My wife instructed me to take her letter and place it on top of the stack of letters on the Rebbe’s desk, so the Rebbe would notice it and give his advice and blessing.’

“The Rebbe said, ‘When you get home, and she’s about to slam the door on you for not bringing back an answer, tell her there’s no answer yet, because the Rebbe wasn’t at the Ohel.’ And that’s what I did.

“So what happened tonight? The Rebbe said, ‘I was by my father-in-law [the Frierdiker Rebbe], and I conveyed your wife’s question to the Rebbe. The answer was negative, that she shouldn’t do what she asked me about wanting to do. Now go home without worry!’ ”