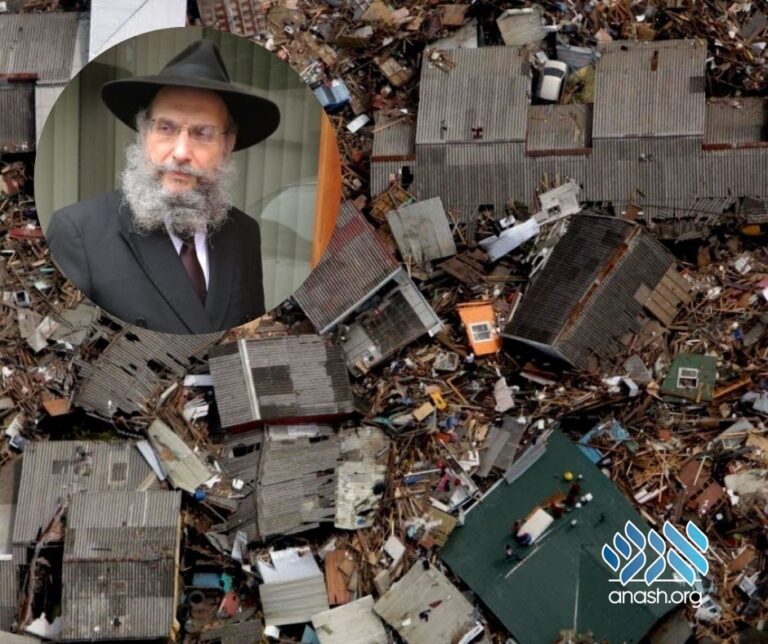 A powerful 8.0 magnitude earthquake was felt on Sunday night in Peru. Currently, there have been 2 fatalities reported, with dozens more missing and injured in the south of the country. Rabbi Shneur Zalman Blumenfeld, shliach to Lima, Peru, has been enlisted to help a number of Jews living in hard-hit areas.

“It was late at night,” said Rabbi Blumenfeld “and we all felt the tremor. Our area here is a relatively modern one that is properly built, so there was very little damage, but on the outskirts of the country, the earthquake caused great damage.

“We are looking for Jews who live in that area and are contacting them. Baruch Hashem we do not know of anyone who sustained injuries, but there has been significant damage to their property. From my experience, it will take a long time for things to get back to normal.”

As soon as the shluchim learned about the severe earthquake, they began sending food and assistance to Jewish residents in the area. Rabbi Blumenfeld explained that this help is twofold; those they are helping are relieved and grateful to know that they are being thought of, and are benefiting from the emotional support. At the same time, they are receiving physical help in the form of lifesaving food and supplies.

“At the moment of truth, when the aid is most needed, Chabad is the one sending supplies and keeping in touch with these Yidden, giving them the feeling that someone is there,” said Rabbi Blumenfeld.