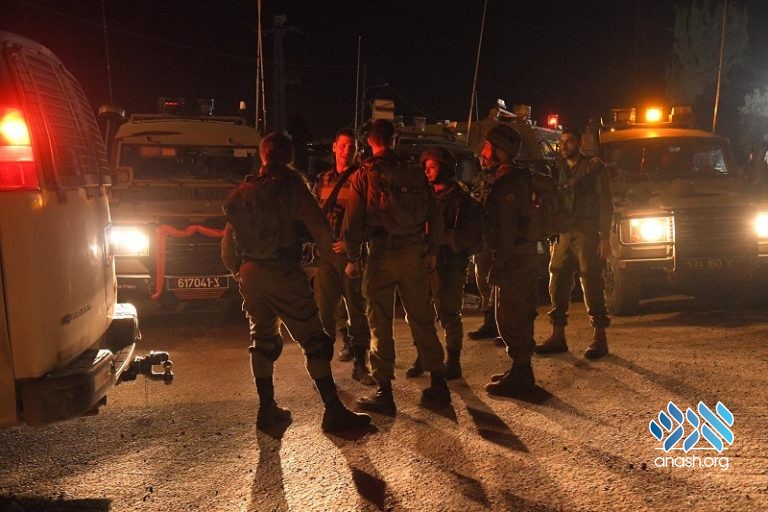 In a joint IDF and ISA (Israel Security Agency/Shin Bet) operation, the terrorist allegedly responsible for the motzei Shabbos ramming attack near Hizme that left five soldiers wounded, was taken into custody.

Following the preliminary probe of the attack, it appears to have been a terrorist attack and not an innocent accident. The terrorist identified the soldiers at the position and intentionally struck them with the vehicle.

As a result of the attack, three soldiers sustained moderate injuries and the remainder, less serious injuries. They were transported to hospitals in Jerusalem.

The terrorist and his father were apprehended during a search of the area near the Hizme Checkpoint, which borders the Pisgat Ze’ev neighborhood of the northern capital. This was accomplished with the intelligence information furnished by the ISA. The two were taken for interrogation.