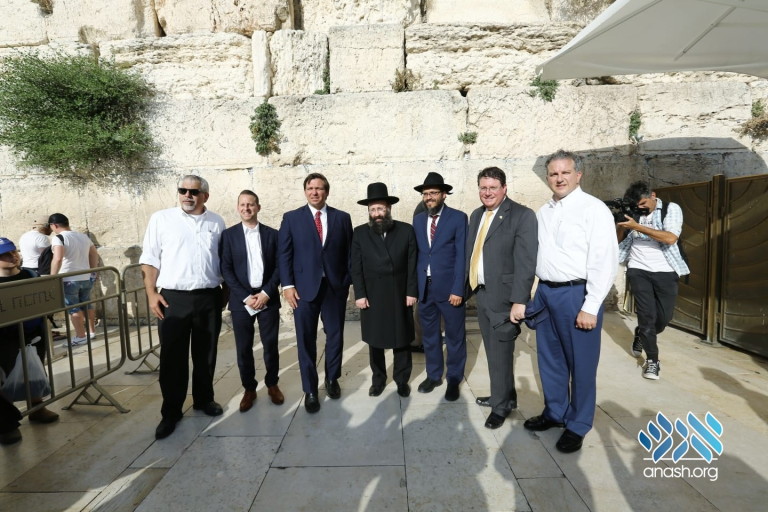 The Governor was in Israel for a five day trade mission, which included a historic meeting of the Florida Cabinet in the US Embassy in Yerushalayim. United States Ambassador to Israel David Friedman called Governor DeSantis “the best friend Israel has among the 50 Governors.”

Prior to being elected governor, DeSantis served a few terms in Congress, where he was seen as a big supporter of Israel and one of the leaders in the effort to recognize Israeli sovereignty over the Golan Heights.