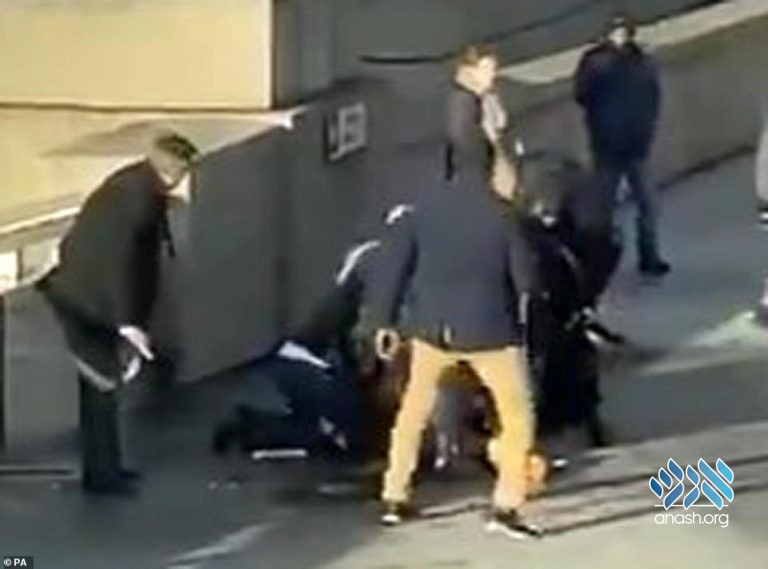 At least five people were injured in an incident involving both a stabbing and a shooting at London Bridge on Friday afternoon, police have said.

Police said they were called to a stabbing near the bridge just before 2:00 p.m. local time. One man was shot by police, they said.

They also confirmed that several people were stabbed.

While the circumstances surrounding the incident are unclear, Metropolitan Police said they are treating it as terror-related “as a precaution”.

“At this stage, the circumstances relating to the incident at London Bridge remain unclear. However, as a precaution, we are currently responding to this incident as though it is terror-related,” they tweeted.

An eyewitness told CNN he was in a meeting in a building near London Bridge when he heard “more than five” gunshots.

A video has emerged showing police officers aiming guns at a white lorry that jack-knifed across London Bridge.

The footage shows several officers surrounding the vehicle before moving to the rear to check its container.

Metropolitan Police have cordoned off the area and advised anyone nearby to “follow the directions of any officer on the ground.”

British Prime Minister Boris Johnson said he was briefed on the incident.

“I’m being kept updated on the incident at London Bridge and want to thank the police and all emergency services for their immediate response,” he tweeted.

London Bridge was the scene of a terrorist attack in June of 2017, in which Islamic State (ISIS)-inspired attackers ran down people on the bridge, killing two. They then proceeded to stab several people to death in nearby Borough Market.

Police officers near the site of incident at London Bridge

Police officers and emergency staff at site of incident at London BridgePhotos:Reuters