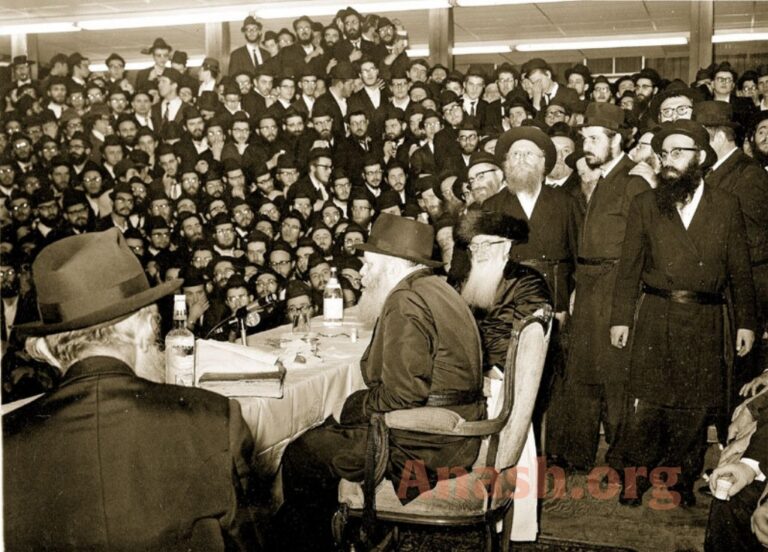 Ashreinu has just released the farbrengen of Yud Alef Nissan 5722/1962, the Rebbe’s 60th birthday. The farbrengen was the first time the Rebbe held one for his birthday, and is full of rich sichos, two ma’amorim, and stirring niggunim.

A historic farbrengen, the Ashreinu team collected and cleaned the audio from the recordings of Rabbi Shlomo Cunin and Rabbi Sholom Yisroel Hodakov.

The Rebbe entered the farbrengen holding the first volume of Likutei Sichos, which had just been printed in honor of his birthday. The Rebbe proceed to speak about the milestone of reaching 60, and discussed in depth the gemara that tells the story of Rav Yosef’s 60th birthday celebration.

In the course of the farbrengen, the Rebbe stood up and bentched the Yidden of Russia stuck behind the Iron Curtain. The Rebbe also led the singing of Ani Ma’amin, and thanked and benched all the well-wishers.

Listen to the entire farbrengen here on Ashreinu.app.

Listen to the Rebbe, in a choking voice, bentch Russian Jewry.