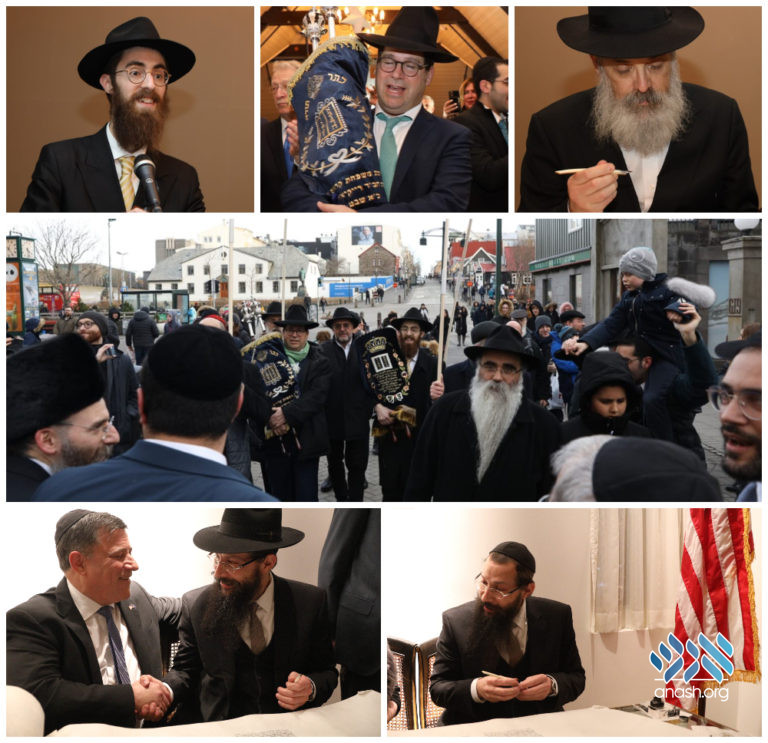 History was made in Reykjavík, Iceland, as the Jewish community celebrated the reception of its first permanent Sefer Torah with US Ambassador Jeffrey Ross Gunter.

Less than two years ago, Iceland welcomed its first shluchim and now, the country has received its first permanent Torah!

The Jewish Center of Iceland, run by Rabbi Avi and Mushky Feldman, celebrated a remarkable Hachnosas Sefer Torah on Sunday. History was written as dozens of people paraded on the main street in the capital city Reykjavík, with incredible energy and joy.

“People were totally wowed by what was going on – they were on a high!” Rabbi Feldman told Anash.org. “The local Jewish community couldn’t believe it.”

The celebrations began on Wednesday, with a special event hosted by US Ambassador Jeffrey Ross Gunter, during which letters were inscribed in the new Torah.

After an uplifting Shabbos together, the community gathered on Sunday for the main event, in which its Jewish identity was deeply felt. “I thought I’d be embarrassed to be doing this,” one woman remarked to Rabbi Feldman, “But I am so proud.”