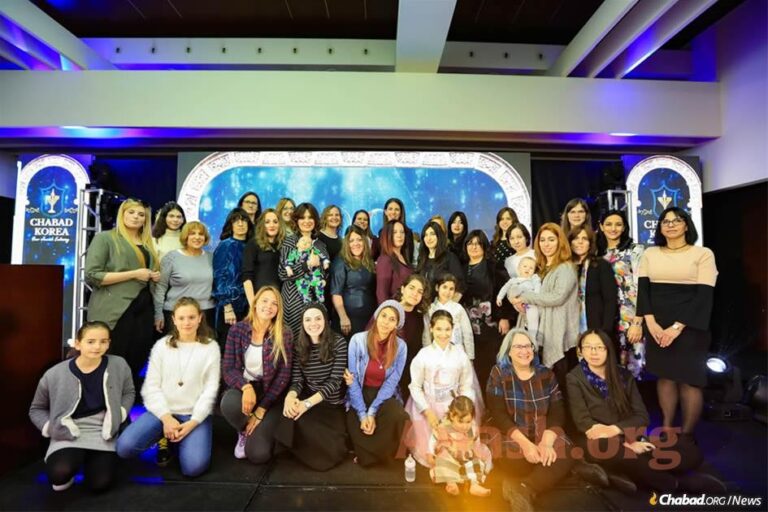 Local dignitaries, Jewish community members and others gathered on Sunday, March 31, for the grand opening of the first-ever mikvah on the Korean Peninsula.

Among those who attended the event were U.S. Ambassador to the Republic of Korea Harry B. Harris and U.S. Army Chaplain Rabbi Henry Soussan, who served as master of ceremonies. The mayor of Seoul, Park Won-Soon, sent a video greeting with former South Korea National Assembly member Jin Park, who was in attendance.

“We were overwhelmed by everyone’s reaction,” Rabbi Osher Litzman, who serves as co-director of Chabad of Korea with his wife, Mussy told Chabad.org. “Everyone found the mikvah design appealing. Each person had their own reason for liking the design, but all about the unique and welcoming experience they felt by entering the mikvah room.”

At any given time, several hundred Jews call South Korea home. This number includes educators, U.S. Army personnel and their families, students, diplomats, tourists and business people from around the world, mostly the United States and Israel.

Until now, Jewish women who wanted to practice the laws ofritual purity had to travel to Japan or China. Using the waters of a nearby beach was a possibility (with someone there to ensure that her tevillah [immersion] was complete), but that required waiting until very late when the beaches in Korea were empty. Other women have gone with Mussy Litzman to the ocean about 90 minutes from Seoul. Each option, though, required a lot of preplanning, juggling of schedules and, in some cases, expensive airline ticket fees.

That’s why opening a mikvah was a dream that the Litzmans had since they moved to Seoul 10 years ago.