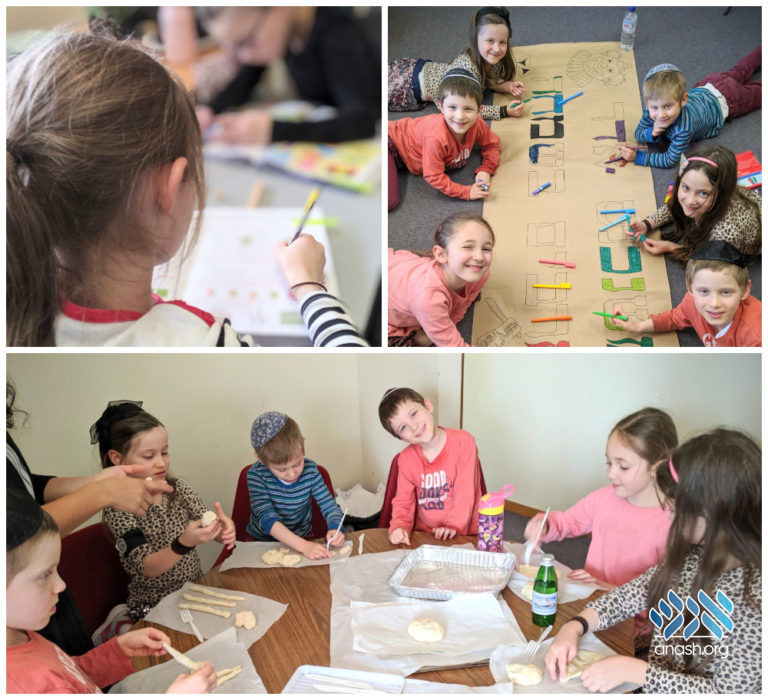 The first Jewish school for the Australian Capital Territory and region has opened its doors this week in what is being hailed as a historic milestone for the Canberra Jewish community.

The first Jewish school for the Australian Capital Territory and region has opened its doors this week in what is being hailed as a historic milestone for the Canberra Jewish community.

Chabad ACT was given final approval by the ACT Government to open the primary school catering for years K-6 on the multi-building campus following a rigorous two-year process which included detailed inspections by a Government-appointed educational panel.

Incoming Principal Rebbetzin Chasia Feldman received the certificate to open the school from Ms Lynda Tooth, Head of Non-Government Schools in the Education Department of the ACT Government following the sign off by Minister of Education Yvette Berry MLA.

The school will provide an educational extension to many of the children enrolled in Gan Yisroel, Canberra’s Jewish daycare center and preschool established by Chabad ACT in 2014, as well as to other Jewish school-aged children living or moving to the nation’s Capital and region.

Chairman of Chabad ACT, Rabbi Shmueli Feldman said, “A Jewish school is an essential element for any viable Jewish community. In Canberra, particularly with its national significance, it is crucial that Jewish families that live and move here have the option for their children to be educated in a Jewish environment and to have access to the same excellent Jewish education being offered in other cities around Australia.” The school, he said, “will complete the basic infrastructural package for enabling and preserving Jewish life and practice in Canberra with which we set out to achieve when we, as a family, arrived here seven years ago.”

“It has been a deeply moving experience to watch as our precious founding students learn in our school thus realizing our long-awaited dream,” stated the founding Principal Rebbetzin Chasia Feldman. “I would like to express my deepest feelings of gratitude to G-d A-lmighty and to our exceptional and experienced staff, community members and volunteers who made this first week of CJS an incredibly uplifting and successful learning experience for all our students. I am lucky my own children are part of this outstanding school which I am confident will become a model of great education worldwide.” She concluded with a blessing, “Baruch ata Hashem, shehechiyanu vekiymanu vehigiyanu lizman haze- blessings to G-d A-lmighty who has granted us life, sustained us and has now enabled us to reach this occasion.”

Mrs. Menouha Wasserman, the head teacher, arrived in Canberra with her husband R’ David and family in January as Chabad emissaries to help establish and run the school. Menouha said she was “truly excited to be a part of this monumental next step for Jewish continuity in Canberra” and that she “looked forward to meeting the local Jewish community and welcoming their children to a school which will offer the best of all worlds in a Jewish spirit.”

Founding Canberra Jewish School committee member, Ms. Alisa Krasnostein said she was “so excited to watch the enthusiastic and keen first intake of children head off on their very first day of school. It’s vitally important for Canberra to offer an option to Jewish families of a Jewish education, particularly when considering whether a move to the city was viable.”

The school has started intentionally small with composite aged classes and hopes to encourage broader enrollments as the school year progresses.