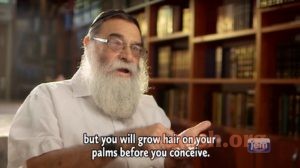 Marking 25 years since Gimmel Tammuz, Vaad Or Vechom Hahiskashrus is creating a database and album featuring the thousands of people named after the Rebbe, called V’eleh Shemos – Menachem Mendel.

The idea is based on an album titled Kol Yimei Chayeha, that was published in honor of the second yahrtzeit of Rebbetzin Chaya Mushka, of righteous memory. It contained names and photographs of all those who merit to carry her name, and the Rebbe was very pleased by its release.

In partnership with this initiative, Jewish Educational Media presents a first-hand account regarding naming a child after the Rebbe, told by Rabbi Tzvi Hartman, principal of the Beit Sefer LaMelacha vocational school in Kfar Chabad, Israel.

After five years without children, he and his wife turned to the Rebbe for a bracha and advice. See how the Rebbe walked them through the journey of having a child and what the Rebbe said about naming him.

Register your Menachem Mendel in the album here.