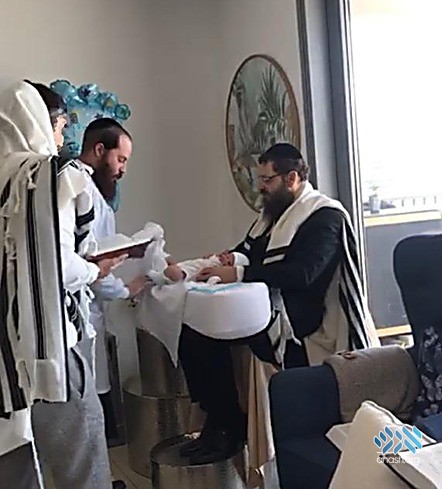 In a historic first, a bris milah for a Jewish infant took place Sunday in Abu Dhabi, the capital of the United Arab Emirates.

Berlin Shliach Rabbi Yehudah Teichtal, the rabbi of the Jewish community in Berlin, Germany arranged the bris for the baby’s parents, who used to live in Berlin and are still in close contact with Rabbi Teichtal. The mohel was Rav Shlomo Stein of Beitar Illit.

“The event was special, powerful and encouraging,” said Teichtel. “Attending a brit of a Jewish baby on the eighth day to his birth is an unforgettable experience. Standing there and thinking this baby is continuing the millennia-old golden Jewish dynasty.”

A small Jewish community lives in the UAE, but its presence only became public this year as the governments of the various emirates, especially Abu Dhabi and Dubai, are trying to show themselves as hubs of international commerce and religious tolerance.

Abu Dhabi is currently constructing the first official shul in the emirate, slated to be completed by 2022.