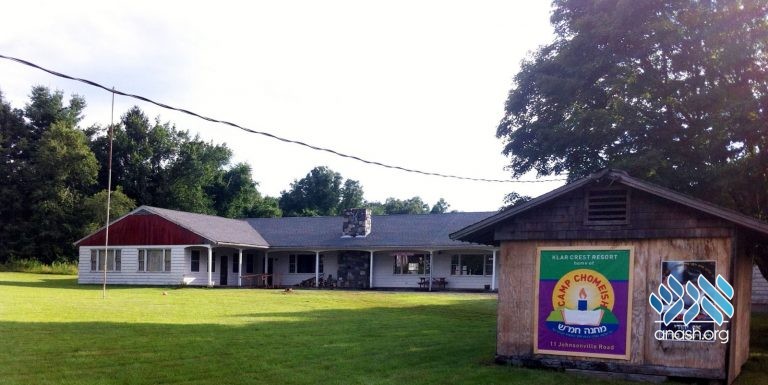 Camp Chomeish of New England, CT, has officially announced that they will be opening on time for the full summer, making them the first Chabad overnight camp in the world to do so.

Camp Chomeish of New England, CT, has officially announced that they will be opening on time for the full summer, making them the first Chabad overnight camp in the world to do so.

“With thanks to Hashem, and with the Rebbe’s brachos, the board of directors of Camp Chomeish is pleased to share that Camp Chomeish of New England, located in Moodus CT,  will, b’ezras Hashem, open on time and for the full summer, beginning June 30th,” they said.

The camp will follow the guidelines provided by the state’s licensing agency, the State of Connecticut OEC.

This is good news for parents who were worried about the possibility of a summer without camp, and will bring relief to the hundreds of children cooped up now in their homes and very anxious to run around outside.

“True Ahavas Yisroel is the foundation and philosophy for everything that happens in camp.” says Rabbi Sholom Ber Stock, who along with Rebbetzin Chaya Stock has been directing Camp Chomeish since its inception.

Chasidishkeit is infused into every aspect of the camp experience from simple cheering to special events. The joy of Yiddishkeit is palpable. In Camp Chomeish, every camper and staff member is treated like family. Together with a great team of program directors, they established a beautiful camp atmosphere where everyone is accepted and they work hard to preserve these values today, despite tremendous growth over the past decade.

Though the first session is BE”H completely full, there are still some spots open for the second month beginning July 27th. For more information and to register please go to the camp website: www.campchomeish.com or call Rabbi Stock at 203-816-0770.